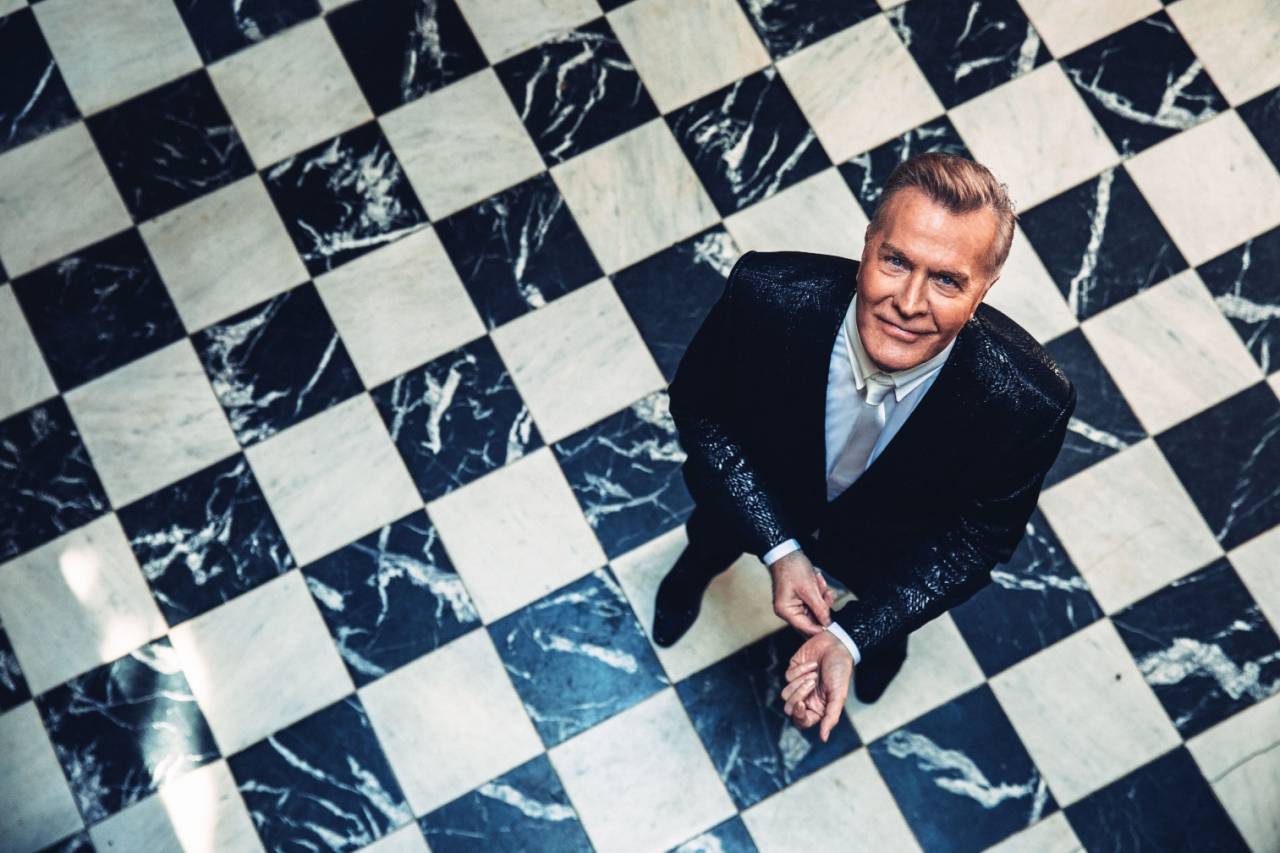 "ABC's Martin Fry is a revelation, a soul man supreme, belting out pristine Vegas glitter pop and uptown House in his electric blue lounge suit. An ageless performer, Fry is the missing link between Bryan Ferry and Jarvis Cocker. For the inevitable encore of 'The Look of Love' he returns dipped in sparkly gold lame, a self-ironising pop genius on top form." Stephen Dalton NME

ABC has enjoyed a glittering career to date. Very definitely one of a number of groups who came along and kickstarted the Eighties with their own brand of pop for a 'new decade'. On it's release in May 1982, their debut album 'The Lexicon of Love' crashed straight into the UK album charts at number one. Showcasing the hits songs 'Tears Are Not Enough', 'Poison Arrow', 'The Look Of Love' and 'All Of My Heart'. A ground-breaking collection of modern love songs. With a majestic production from the legendary Trevor Horn it remains a classic to this day.

Voted by many as the best British album of the decade. ABC's second album 'Beauty Stab' was a very different proposition to the polished beauty of 'The Lexicon of Love' and spawned the hits 'That Was Then But This Is Now' and 'SOS'. It developed a much rawer, hard-edged sound. These were protest songs from a band that was constantly evolving.

Next came the 1984 album 'How To Be A Zillionaire'. ABC again conquered American audiences with a series of devastating club mixes and pre Gorillaz animated cartoons. 'How To Be A Millionaire', 'Be Near Me', alongside 'Vanity Kills' and 'Ocean Blue' were all Billboard dance chart number ones. The emphasis here was unashamedly electronic.

1987 saw the release of their fourth album 'Alphabet City', co-produced by Chic's Bernard Edwards. By the summer the worldwide hit 'When Smokey Sings' had powered its way toward the top of the American charts. Representing a return to luxuriant soul, alongside the songs 'The Night You Murdered Love' and 'King Without A Crown' the album captured the cosmopolitan feel of the moment and is both urban and chic. Heavy MTV rotation and an appearance on legendary show Soul Train cemented even greater success in the U.S.A for the band.

Inspired by the burgeoning House music scene 'Up 'the fifth ABC album reflected the euphoric and uplifting spirit of the times. 'One Better World 'an idealistic and Ibiza influenced anthem champions the radical changes that were taking place in music in London, Manchester, Chicago and Detroit in 1988. In 1991 ABC began work on an ambitious soul pop extravaganza 'Abracadabra'. Releasing 'Love Conquers All' and the Black Box mixed 'Say It' the following year. The nineties saw the release of 'The Lexicon of Love 'No prizes for guessing that it is a live album that showcases ABC on stage. A band that could deliver in the recording studio could clearly do the same in front of an audience.

'Skyscraping' in 1997 represented a tour de force of gilt edged ABC. 'Stranger things' and 'Only The Best Will Do' embrace Glam inspired rock and roll. Collaborating with artists as diverse as King Britt in Philadelphia and David Arnold in London ABC continued to experiment and entertain.

In 2007 Martin worked on several songs for the romantic comedy, Music and Lyrics starring Hugh Grant and Drew Barrymore. He also served as Grant's vocal coach for the movie, his influence being very evident in the final edit. April 2008 saw the release of ABC's first studio album in over 10 years. 'Traffic' was a collaboration between Martin Fry, David Palmer (who had been in the ABC line-up during 'The Lexicon of Love') and Chuck Kentis. The magnificent first single 'The Very First Time 'was a massive hit on BBC Radio 2, with the follow up 'Love Is Strong' demonstrating that even now 26 years on from 'The Lexicon Of Love', Martin Fry's song-writing, stagecraft and musicianship is still as contemporary as it was in the beginning.

On April 8th 2009, some 27 years after its debut release ABC performed the album "The Lexicon Of Love" in its entirety to a sell-out audience at London's prestigious Royal Albert Hall. The epic performance introduced by Producer, Trevor Horn, and accompanied by the BBC Concert Orchestra, reunited not only Martin Fry, David Palmer and Trevor Horn, but also original backing vocalist, Tessa Niles and Academy Award winning musician, arranger and composer, Anne Dudley, who originally orchestrated the album and who conducted the orchestra on the night. The night was electric with audiences joining in on every lyric!

Martin has since repeated this formula with the ABC band and Anne Dudley, performing shows with the 40 piece Southbank Sinfonia across the UK. 2012 saw both a professional and personal highlight for Martin when more than 30 years after he graduated from the University of Sheffield with a degree in English Literature he returned to be made an honorary Doctor of Music for his contribution to music. Accepting his doctorate on stage during the university's graduation ceremony, he also saw his daughter take to the same stage later to receive her own degree.
The last five years have seen ABC complete five successful American Tours, 4 sell-out UK Orchestra Tours, the sellout Steel City Arena Tour with The Human League and Heaven 17, and a string of Country House Shows here in the UK. Two high lights being appearances at The Isle Of Wight Festival Camp and in 2016 playing BBC Proms In The Park in Hyde Park.

In 2016 Martin signed to Virgin/EMI Records and released 'The Lexicon Of Love II'. A mere 34 years since the release of the first ABC album, ABC's return to the scene of their most resounding triumph with the May 27th 2016 with the release of 'The Lexicon Of Love II'. Sonically doffing its cap to the original, it features 10 brand new songs from the pen of Martin Fry abetted by various musical cohorts. It might take a less innocent, more experienced view on affairs of the heart than its million-selling predecessor, but it still concludes that all you need is love.

Foremost among Fry's collaborators on the new album is Academy Award winning musician and composer Anne Dudley, who arranged the strings on the original Lexicon; she has provided orchestral arrangements that give 'The Lexicon Of Love II' its signature sound, and has co-written two of the key songs on the album: 'The Love Inside The Love' and 'Brighter Than The Sun'. Other songwriting partners include Grammy award winner Rob Fusari (Beyonce, Lady Gaga), film composer Charlie Mole and Marcus Vere. Production is by Gary Stevenson and Martin Fry.

The album debuted at #5 in the UK album charts with four Radio 2 A – List singles.