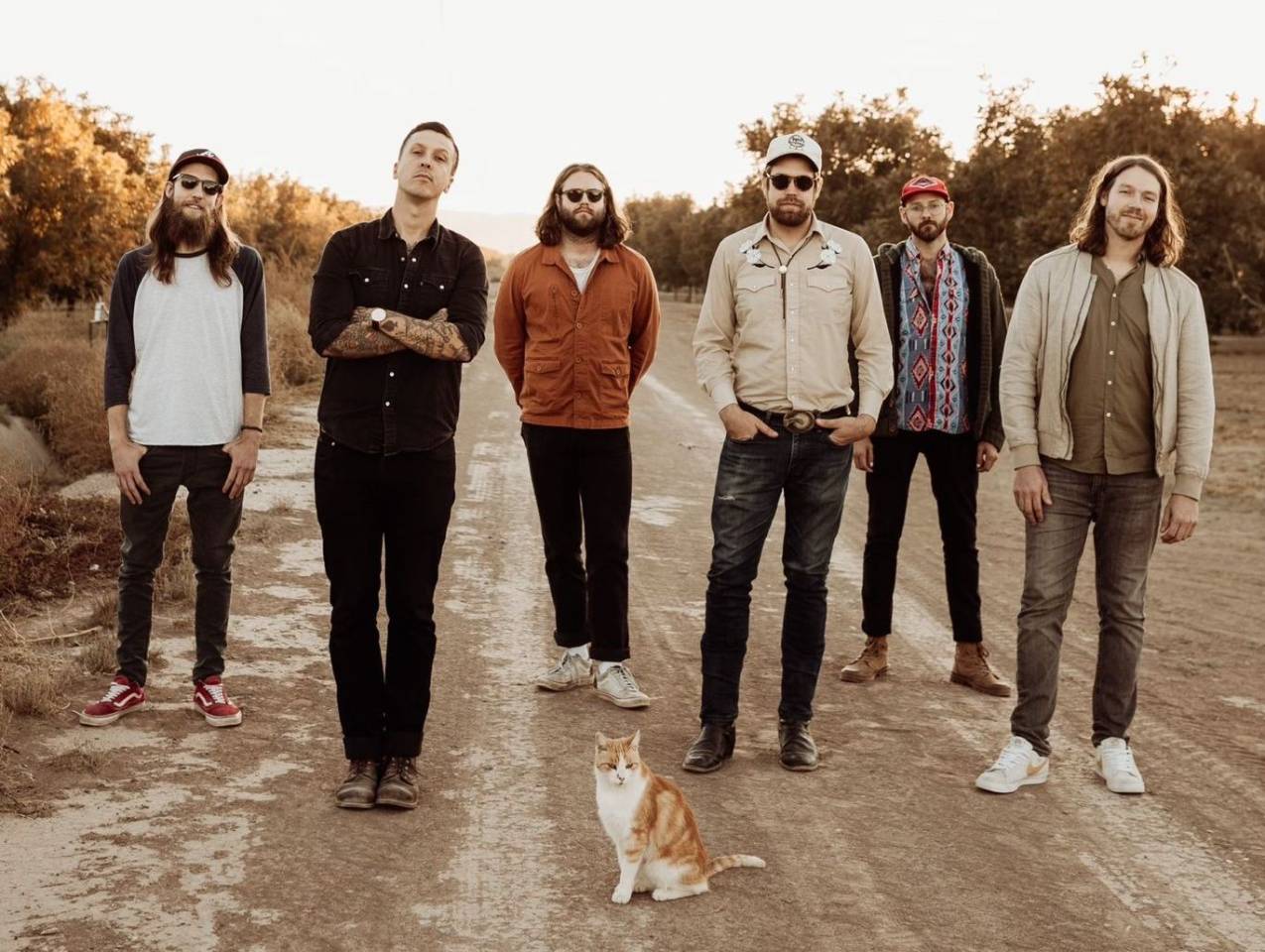 Anywhere off Hatteras Island, Chicamacomico sounds made up, like some wine-drunk incantation or maybe a tongue twister—try to say it ten times fast. But as a former life-saving station built in 1874 on the Outer Banks of North Carolina, the name is perhaps the perfect metaphor and title for American Aquarium's ninth studio album.

The Old North State is tattooed on the bones of front man BJ Barham, who has never lived more than two hours from his hometown in Reidsville. But, more so, what better to represent an album about loss than a place built to save the lives of shipwrecked mariners and passengers? Song as a sort of salvation is something Barham celebrates in, "All I Needed," the final track on the record, and this speaks to what he hopes this album can do for the band's established and growing fanbase. Sometimes when we're drowning, music keeps us afloat.

"When these massive life changes happen, we feel like we are the only ones facing these problems. Talking about them openly, giving them a name and dragging them into the light makes them seem a little less daunting, a little more conquerable," Barham said. "I hope this album serves as a salve to anyone who has experienced this sort of loss over the last few years. I hope it makes them feel a little less isolated and disconnected. I want them to know that someone out there is going through the exact same stuff and that they are not alone."

For anyone who's followed the band over the last sixteen years, Chicamacomico feels stripped down and bare-boned in its instrumentation. Far from that early blend of Southern and punk rock, there are few if any moments where the band floors the pedal and leaves the tires smoking in its wake. The orchestration here is dialed back leaving the lyrics to stand naked front and center. It's reminiscent of Rockingham, Barham's 2016 solo album, and this may be in part a result of producer Brad Cook, who produced both albums as well as the band's 2015 record Wolves. But it's likely more a sign of the maturing sound and expanding scope of a songwriter now fully comfortable and confident in his own skin.

"When you are young, you want to play everything loud and fast and I think that comes, at least in part, from uncertainty. I hadn't fully found my voice back in those early days so the louder and faster the songs were the less chance someone could actually hear what I was saying. The more comfortable I got with my 'voice,' the more confident I became in my lyrical ability. I'm not afraid of the lyrics sitting way out front anymore because I am confident in the songwriting. The band can still cut loose and take over a song, but they aren't expected to do all the heavy lifting these days."

With tracks tackling personal loss—the loss of his mother and grandmother, the loss of a child, the loss of youth and time and the creative spark that drives him—there was plenty of heavy lifting to be done. Barham has never been one to back away from the darkness or the more difficult subject matter. In fact, that has always seemed to be the place where he found his footing and thrived.

In "The First Year," he recounts the loss of his mother and the first year without her. It's a truly brilliant piece of songwriting using holidays as steppingstones to work across a span of time, but somehow he manages to never pull a punch or shy away from his own vulnerability. He sings of his father experiencing that loss, "like a castle made of sand, I watched that mountain of a man fall apart when they laid to rest his queen."

Likewise, "The Things We Lost Along The Way," drives head on into themes of mortality and regret, the nostalgia that so often accompanies growing old. With harmonies by Kate Rhudy, Barham's vocals and lyrics sound as if they could have been written and sung by Townes Van Zandt, all the way down to that drop in tone with the last word of the line. And much like Townes, Barham has always seemed to walk headfirst into that darkness with fearless and unshaken tenacity.

"The darkest corners of my writing is where I think folks find the most light and that is a really powerful feeling as a writer. It's what allows me to operate in that world and not get bogged down," he explained. "Knowing that I'm going into the dark place not just for me, but for anyone else that is willing to listen, makes it far easier to face those dark emotions head on."

The subjects remain heavy across most of the record. With "Waking Up The Echoes," he writes about losing an old friend to suicide. And yet somehow he always manages to find balance. The light always seems to steady the dark. At times it's full on, as is the case with, "Little Things," a playful tune about transitioning to a life as a stay at home father. Other times the joy and hope are simpler and more subtle, such as the final lines of "The Hardest Thing," a song centered around a grieving husband's conversations with his late wife: "Before you go, one last thing, the flowers you planted in the spring, even though my thumb ain't green, I think they're going to make it."

"Few songwriters swing the hammer as hard and precise as Barham and it is a testament to the humility and trust of his bandmates—Shane Boeker, guitar; Neil Jones, pedal steel; Rhett Huffman, keys; Ryan Van Fleet, drums, and Alden Hedges on bass—that they take the back seat and allow his storytelling to drive us home. With a heavy tour the rest of the year and a backlist of brass-knuckled bangers that have always burned like wildfire, each will surely have their fair share of time at the wheel.