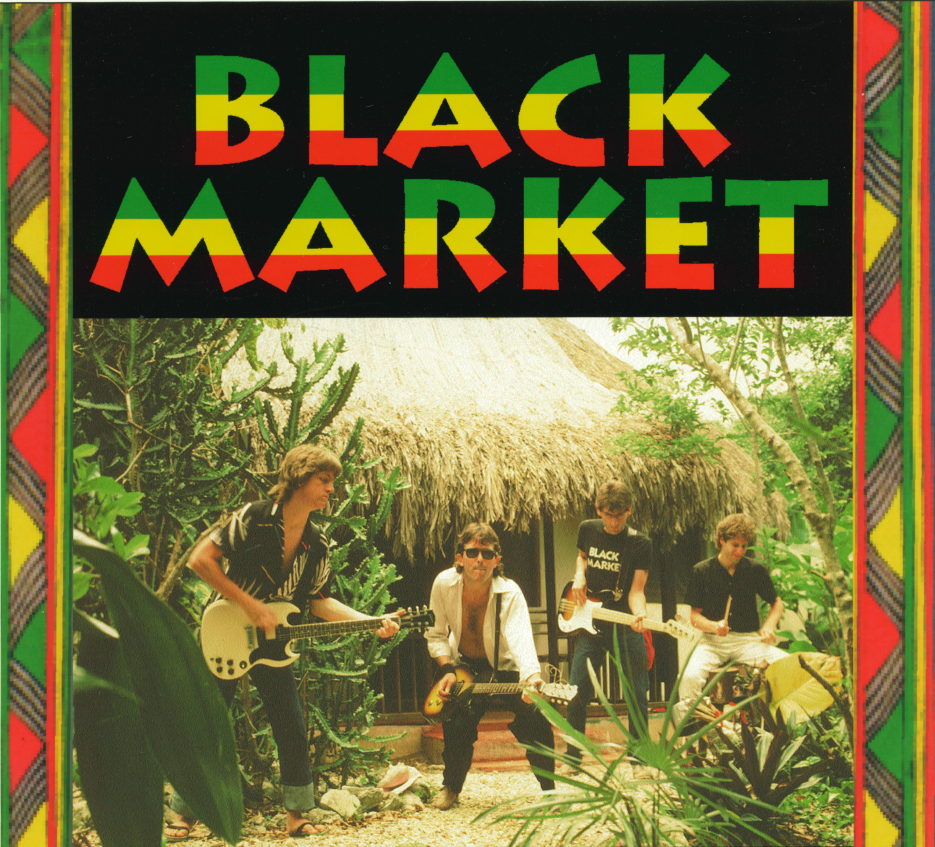 Getting their start in the Metro-Detroit area, band members Larry Duncan, Mitch Purdy, Rick Purdy and Stuart Brady had lived for extended stays in thatched roof cottages near Jamaica's western cliffs. Venturing up in the mountains, they ate food cooked on fire pits and philosophized with the Rastafarians. In the sleepy town of Negril--located at the end of the beautiful "Seven Mile Beach" (still uninhabited in the 1970s)—they frequented the Negril Wharf Club. The only place on Negril Beach with electricity that sold cold drinks, the Wharf Club (pictured on the record cover) attracted a colorful mix of locals, the musical elite, smugglers, and CIA- looking types, who drank Red Stripe and rum with the jukebox as a back drop blaring Jamaican music.

On the "west end" cliffs of Negril Black Market jammed with local musicians and wrote the original songs featured on this record. To add to the group's musical repertoire, Larry Duncan searched Montego Bay record stores for Jamaican 45s as well as resurrecting songs he heard on the Wharf Clubs jukebox.