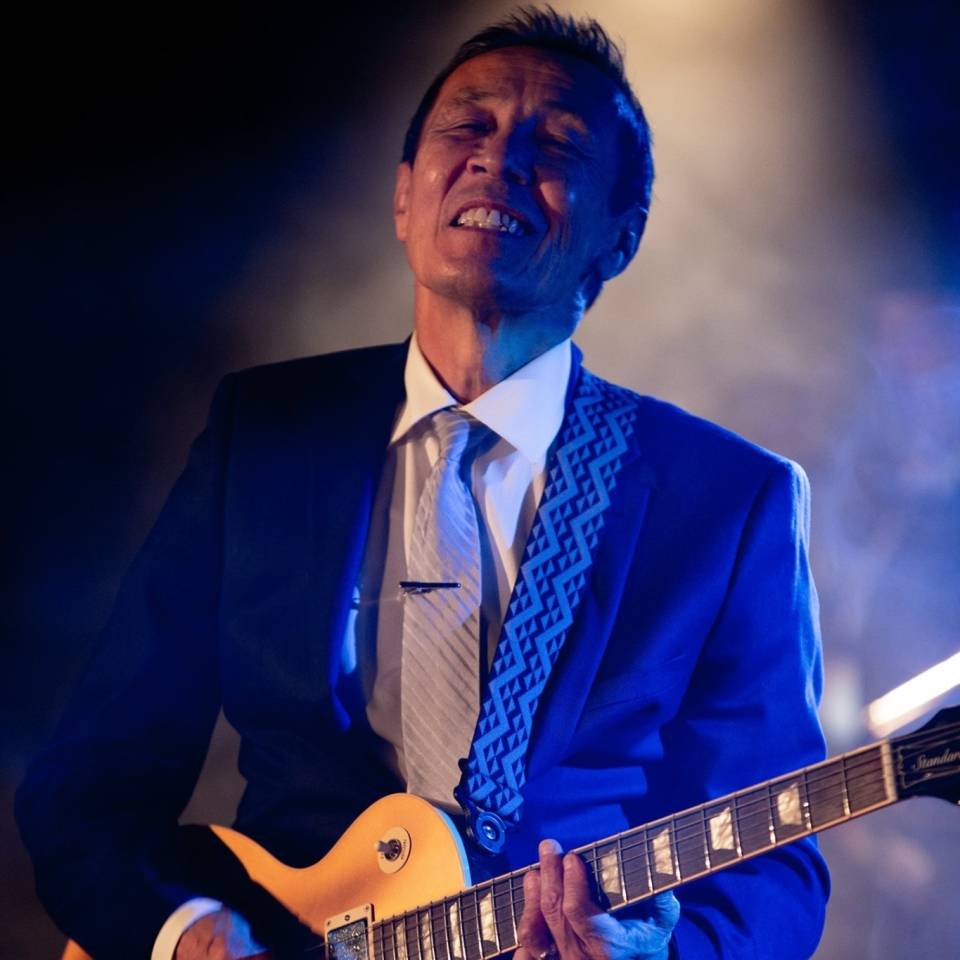 Detroit has a long history of standout blues performers, many who travelled north from Mississippi and other Southern states. Guitarist Bobby Murray is another talented performer who migrated to Detroit, albeit from the West Coast.

Murray's roots with the blues run deep, back to high school when he and bandmate Robert Cray saw Albert Collins perform at their high school graduation in Tacoma, Washington. In the ensuing decades, Murray amassed a considerable resume of his own. He performed in Etta James' backup ensemble, the Roots Band, for over two decades, including shows at the WOMAD festival at the Barcelona Olympic, Carnegie Hall and at the inaugural for President Bill Clinton. You may have heard his guitar work on James' song "Blues is My Business," that was used on "The Sopranos;" or seen him perform on "The Tonight Show," "Austin City Limits" or "Late Night with David Letterman."

Bobby performed with Collins off and on for 20 years and has performed with or recorded with many other blues and soul greats, including Albert King, John Lee Hooker, Otis Clay, Irma Thomas, Buddy Guy & Junior Wells, Carla Thomas, Johnnie Taylor, The Sweet Inspirations, Johnny 'Guitar' Watson, Lowell Fulson, Taj Mahal, Little Milton, Percy Mayfield, Sugar Pie DeSanto, Chuck Berry, Bo Diddley, Charlie Musselwhite and Otis Rush. And along with recording and performing with many others, he has released several recordings of his own, since 1996. The latest being "I'm Sticking With You" released in 2013. Murray recorded with Cray and B.B. King on the song "Playing with My Friends," from King's Grammy Award-winning album "Blues Summit." He also performed on James' Grammy winning recordings "Let's Roll" and "Blues to the Bone."

Murray, who moved to Detroit in 1996, was selected by the Detroit Blues Society as a recipient of the group's Lifetime Achievement Award in 2011. And since 2012, Bobby has won numerous Detroit Music Awards including Outstanding Blues/R&B Instrumentalist. But, don't get the wrong idea, Bobby's not resting on his laurels. Murray is better than ever, fronting his own Bobby Murray Band, and most recently forming a musical revue entitled "Love Letters From Detroit" - with a recording with the same name. The recording won another prestigious Detroit Music Award for this year's Outstanding Blues Recording. His moving blues guitar work and exciting stage performances make him one of the Motor City's musical treasures.

Lenny Watkins:
Detroit born and bred blues and soul singer Leonardo "Lenny" Watkins is certainly a jewel in the crown of the current Detroit blues scene. He is a keeper of a proud tradition of a musical city that has spawned the likes of John Lee Hooker, Little Willie John and Jackie Wilson, among so many talented others. Whether it's a back alley blues, sweet southern soul or uptempo and decidedly urban -- Watkins is equally at home and delivers. A superb vocalist and consummate entertainer, Watkins gets house. He's opened for Etta James at the House of Blues in LA and Chicago, and other venues - including a great performance at Buddy Guy's Legends. He's also worked with Bobby Rush, Detroit guitar ace Johnnie Bassett, and Motown session whiz and arranger Rudy Robinson.
The now deceased Rudy Robinson was nothing short of a musical guru in Detroit and encouraged Lenny early on. Growing up, he listened to the classic soul artists such as Otis Redding, Wilson Pickett and Johnnie Taylor. Later, a friend's mom exposed him to Bobby 'Blue' Bland and Lenny was hooked. Watkins played in a band in his high school and played varsity football as a fullback. After a stint in the Navy as a Gunner's Mate, Lenny moved to Los Angeles where he met and worked with such blues luminaries as Monk Higgins, William Clark, and Bernie Pearl. He also secured a gig at Marla Gibbs' Memory Lane with the house band and where Watkins worked with a talented young guitarist and singer named Kevin Moore - who would later become Keb' Mo.
Eventually, Lenny moved back to Detroit where he met Bobby Murray and the two have recorded and
worked together ever since, Make no mistake, underneath Lenny's leading man looks, and easy manner - lies the soul of a working man's blues singer. So enjoy another musical gift from Detroit, Lenny Watkins..
Barbara Payton:
Barbara Payton is a sultry, Detroit rock singer/songwriter with a soulful, bluesy voice. Recognized as
one of Detroit's most powerful and engaging live performers, Barbara Payton has rocked stages,
festivals, arenas and private listening rooms for more than 25 years. In addition to her solo career,
Barbara has toured as a background singer for both Bob Seger and Kid Rock.
Tweet