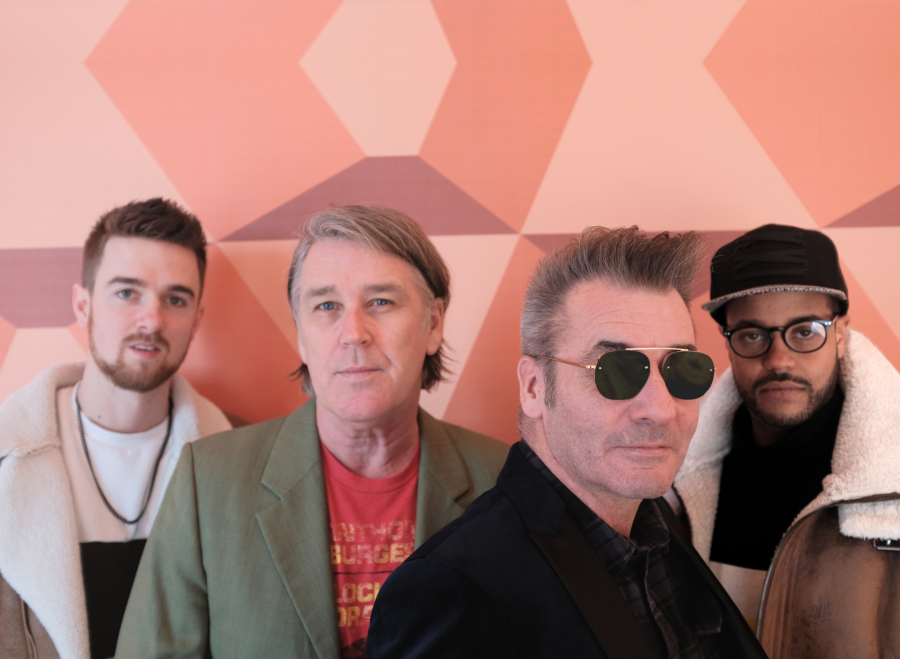 ​China Crisis are an English pop/rock band. They formed in 1979 in Kirkby, near Liverpool, Merseyside with a core of vocalist/keyboardist Gary Daly and guitarist Eddie Lundon. Their output was pop music similar in style to that of New Wave but with strong similarities to the post-punk movement of the early 1980s, namely inclusion of a broader range of musical influences and occasional flirtation with political commentary. Throughout their career, China Crisis has seen moderate success in the United Kingdom with ten hit singles between August 1982 and January 1987 and six albums, as well as commercial success in Western Europe, Australia and the Americas. Sharing an affection for Stevie Wonder, Steely Dan, David Bowie, and Brian Eno, Daly and Lundon played with various Knowsley post-punk groups. Daly then spent time tinkering with synthesizers and a drum machine. Along with Lundon, Daly began writing songs. The pair eventually asked drummer and percussionist Dave Reilly to join them, and in 1982 they released their debut single "African and White" as China Crisis on the independent record label, Inevitable. In June 1982, they supported the former Television guitarist, Tom Verlaine, at London's Venue. The band was signed to Virgin Records and recorded their debut album, Difficult Shapes & Passive Rhythms, Some People Think It's Fun To Entertain, which was released in December 1982. A re-release of "African & White" became China Crisis' first hit in the United Kingdom, reaching #45 in the UK Singles Chart. The follow-up single, "Christian", made UK #12 in early 1983 and brought them to national prominence. By this time, Reilly had left the band, but was still credited on the record sleeve as a guest on the single, along with new member Steve Levy playing oboe and saxophone. The album peaked at #21 in the UK Albums Chart. During this period the band toured supporting Simple Minds (as discussed in interviews on the DVD Live in Concert at the Paul McCartney Auditorium Liverpool Institute of Performing Arts).Adding Gary "Gazza" Johnson (bass) and Kevin Wilkinson (drums) to the line-up, a second album, Working with Fire and Steel - Possible Pop Songs Volume Two, was released in November 1983. Tracks included the singles "Tragedy and Mystery" (released six months earlier) and "Hanna Hanna" as well as the title track, "Working With Fire & Steel", which became a hit single in Australia. The album was a Top 20 success in the UK, and China Crisis spent 1984 and 1985 making their biggest chart run, beginning with their only UK Top 10 hit single, "Wishful Thinking", which peaked at #9. Their third album, Flaunt the Imperfection, was produced by Walter Becker of Steely Dan fame and reached #9 in the UK Albums Chart in May 1985. According to the album credits, China Crisis was now officially a quintet consisting of Daly, Lundon, Johnson, Wilkinson, and Becker.

The album was previewed by the #14 UK hit single "Black Man Ray", which also enjoyed critical acclaim and international success. The follow-up, "King In A Catholic Style (Wake Up)", was a Top 20 UK single at #19. A third release from the album, "You Did Cut Me", reached #54 in the UK. They simultaneously released a video compilation, Showbiz Absurd. In 1986, the band returned with What Price Paradise, which included "Arizona Sky", the album's first single release, and another Australian hit, "June Bride". All the band were now credited as songwriters. A second single from the album, "Best Kept Secret", made UK #36 in early 1987. The five-piece band worked with Becker once more on 1989's Diary of a Hollow Horse, which earned critical acclaim though little commercial success. It spawned the singles "St Saviour Square" and "Red Letter Day", both achieving the lower reaches of the UK Singles Chart. Becker produced of most of the album's tracks, but this time was not credited as an official band member. The band's last studio album, Warped By Success, was released in 1994, following the band's parting of ways with the Virgin label. The album produced their final UK hit, "Everyday The Same". Although Johnson and Wilkinson both made small contributions, the band was now listed as comprising Daly and Lundon. In 1995 they released a live unplugged album and video entitled Acoustically Yours, which proved to be their recording swansong. This featured one last single, a live version of "Black Man Ray", and also saw a return for Johnson, Wilkinson and McNeill. Since 1992, there have been four compilation albums of their work for the UK and US markets and three live DVDs.