Deja Vu Tour: The Mission UK with Chameleons and Theatre Of Hate (rescheduled to Saturday, October 7 - 2023) 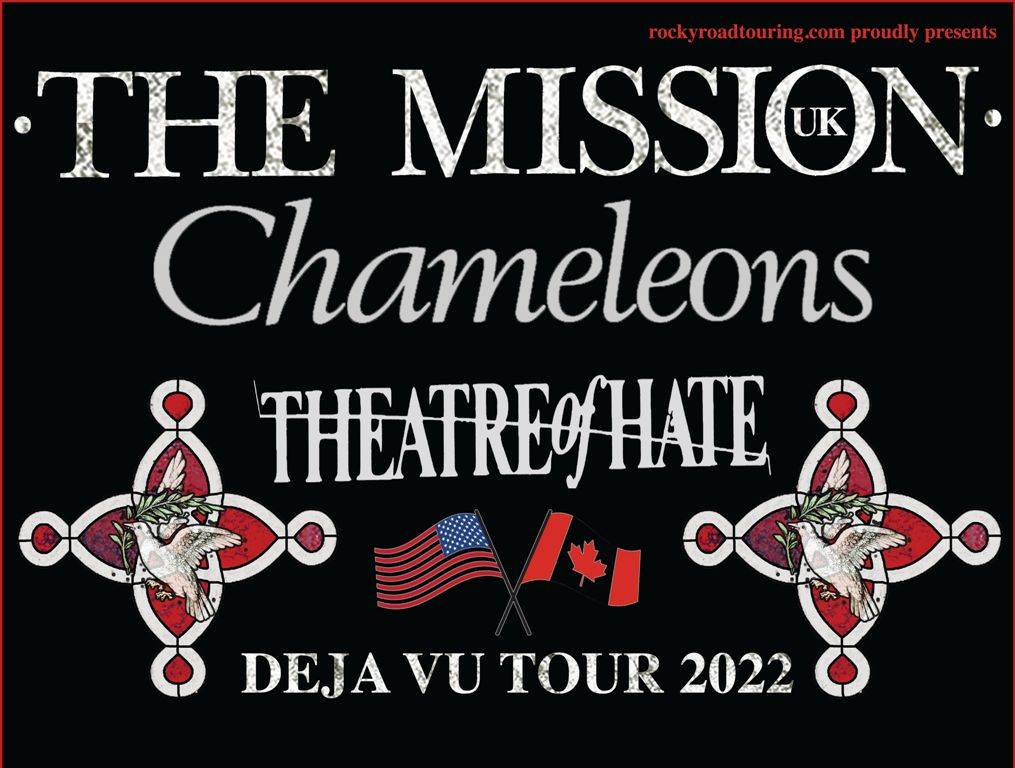 From The Mission UK:

The Mission UK/Chameleons/Theatre of Hate tour is being postponed to 2023. We did not arrive at this decision lightly and are absolutely devastated that we're unable to perform in North America this year. With gas prices and inflation, among other issues, it became necessary to schedule this for another period.

British Post-Punk legends The Mission (UK), Chameleons, and Theatre of Hate will embark on the Deja Vu Tour that will hit North American cities in the fall of 2022.

The Mission (UK) will be making it's return to the States for the first time in nearly a decade. Wayne Hussey, one of the architects of Goth and Post-Punk, emerged from playing guitar in The Sisters of Mercy to form The Mission in 1986 along with Craig Adams and Simon Hinkler. They have enhanced their reputation as one of the best and most exciting live bands in the world winning countless accolades, and inspiring both lurid media stories and a fanatical following.

Chameleons original members Mark Burgess and Reg Smithies will reunite for the first time in many moons. The Manchester post-punk legends have an endearing and untarnished legacy having released many classic albums that warm the dark hearts of fans globally. Their debut album, Script of the Bridge, set the tone and remains an essential album to this day.

Theatre of Hate will be returning to North America after successful tours in previous years. Led by singer/songwriter, Kirk Brandon, Theatre of Hate released their iconic debut studio album, Westworld, that was produced by Mick Jones of The Clash and entered the Top 20 charts in the UK. Known for being one of the era's best live acts, Theatre of Hate have continued building upon that legacy.