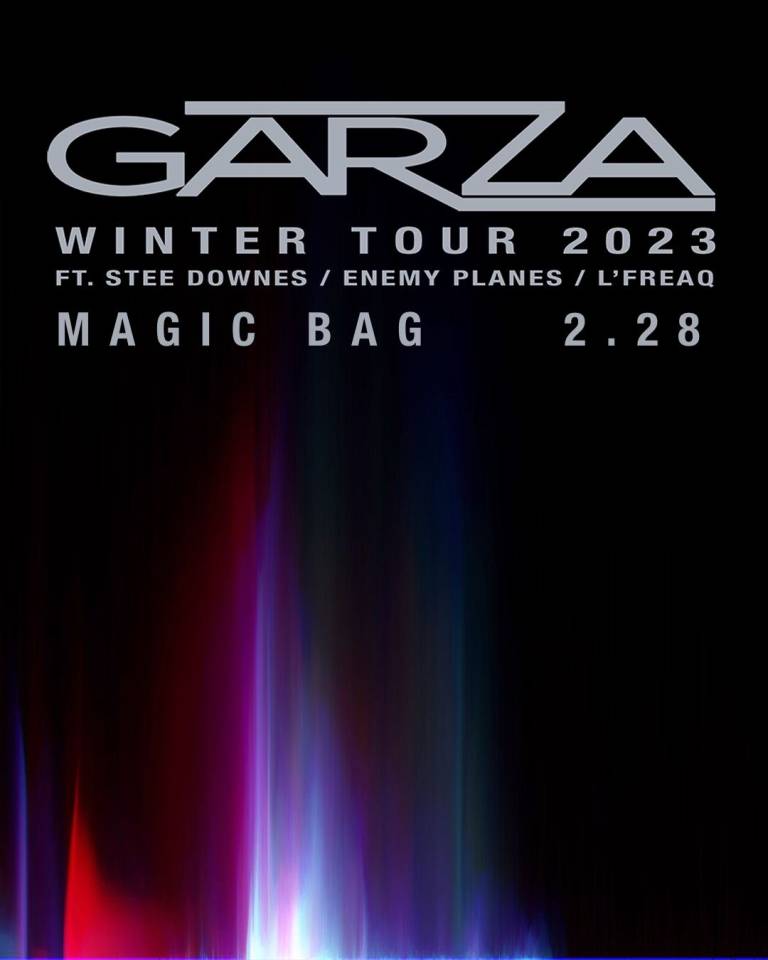 career includes over two decades of pushing conceptual boundaries to the forefront of a
flourishing electronic music movement.

Rob Garza's fascination with musical discovery began at a very young age. As a kid he was
drawn into a wide range of styles, beginning with Punk and New Wave. His interest deepened
when he discovered the unbridled creativity that lay at the edge of electronic music. Once he
began experimenting with synthesizers, his descent into deep genre exploration just blew up.
Garza's exploratory nature ultimately led to the creation of the pioneering electronic musical
outfit; Thievery Corporation. In the late '90s, Thievery became renowned for their ability to blend
sounds both underground and global, incorporating Brazilian, Jamaican, Indian and other world
influences.

Over the past 25 years, Rob Garza has brought legends to his recordings with Thievery
Corporation the likes of David Byrne, Perry Farrell, The Flaming Lips and more. Beyond the
studio, Garza has toured internationally for over two decades, headlining some of the most
prestigious music festivals in the world and sharing the stage with some of the biggest names in
music. His music has appeared in countless soundtracks for film, television, and commercials,
including his work with Thievery Corporation on the GRAMMY award winning soundtrack
Garden State. He wrote and recorded the score for "Enter The Tomb - VR Experience
Tutankhamun," which was nominated for a Positron Visionary Award at the Cannes Festival in
2020. While keeping active with all that, Rob also works to bring together music, culture and
humanitarian work with his hands-on contributions to the World Food Programme's efforts in
Africa and Nepal.

Ready now for another new chapter of musical discovery and exploration, Rob has conjured up
a new experience called GARZA, which builds upon his legacy with Thievery Corporation, but
with a bit more of a modern edge. Born out of a desire to push his sonic boundaries, GARZA
incorporates new sounds with featured artists and collaborators plus an emphasis on
incorporating current electronic music styles with new sounds and textures.

"This musical incarnation is important to me because it is something new and not just doing
what I know. It is a musical statement, influenced by Serge Gainsbourg, Burt Bacharach,
Antonio Carlos Jobim, Quincy Jones - other older artists working with younger talent.
I'm creating new and exciting music with artists like Stee Downes, SMLE, Walker & Royce,
Racquel Jones, Calica and Enemy Planes.

This is a personal musical statement that delves into more pop territory without being
mainstream, which I find to be a very inspiring sonic space. The word 'pop' can oftentimes have
negative connotations associated with it, but when it exists as a thread through more
underground forms it holds a certain level of intrigue that to me is strangely fascinating. It
hearkens back to my early days and that spark of imagination that makes me want to discover
what electronic and pop music can be."

While Thievery Corporation is known for its eclectic, genre-bending albums, the new GARZA
album, Daydream Accelerator, is an amalgam of new wave, 80's influences, modern electronic,
alt-rock, house, disco and hip-hop, all rolled into one remarkably dynamic collection. As one of
the most visionary electronic producers in music, Rob Garza poured everything into creating

some of his finest material, while guiding an impressive roster of young, upcoming talent,
creating a sound which could not be described any way other than GARZA.