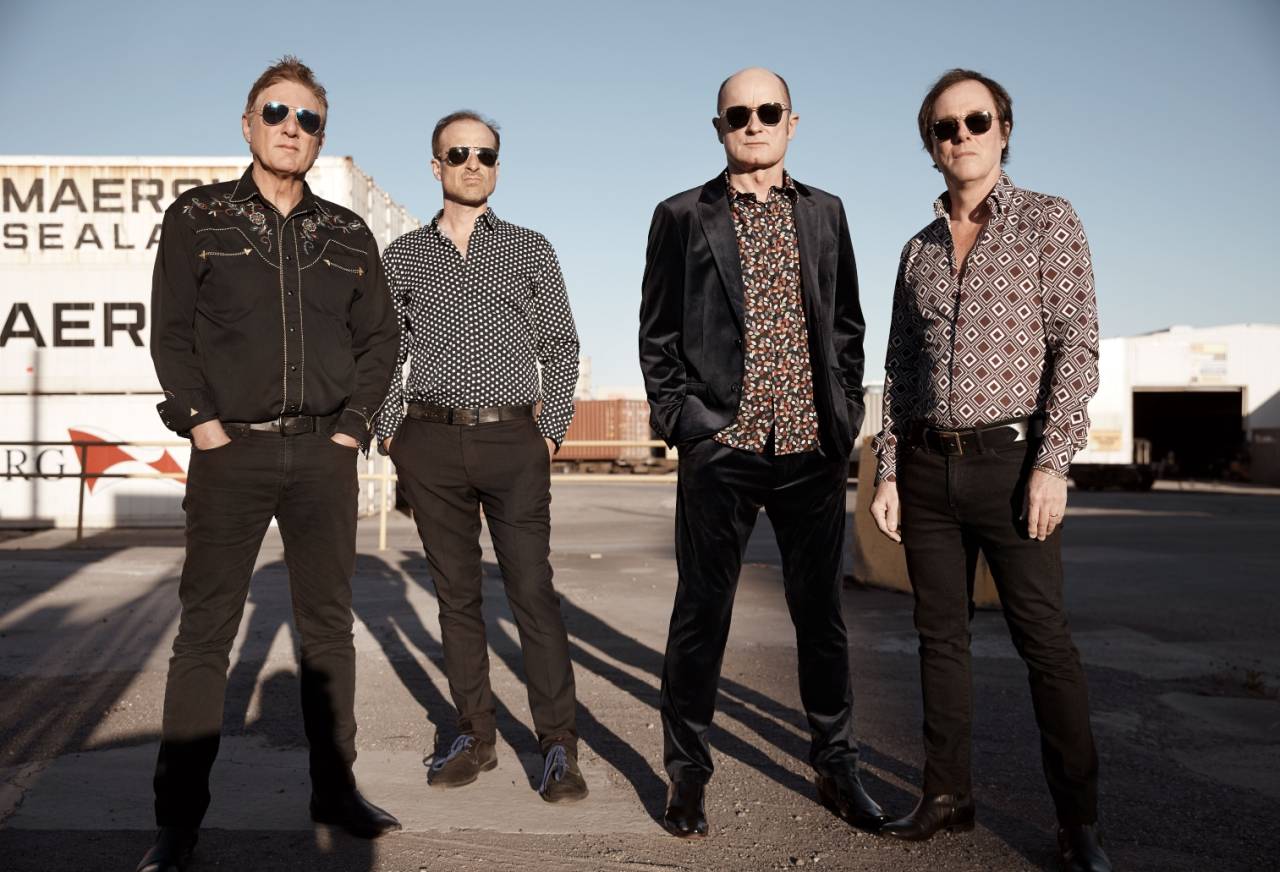 The legendary Hoodoo Gurus. By any measure, one of Australia's greatest, best loved, most enduring rock bands of all time.

"What's My Scene", "I Want You Back", "Miss Freelove '69", "Like Wow – Wipeout!", "1,000 Miles Away", "Bittersweet", "My Girl", "Come Anytime", "I'm Crackin' Up" ,"Answered Prayers" – tracks that represent the unmistakeable sound of the irrepressible Hoodoo Gurus; but those are just a sample from their canon of instantly identifiable songs that have helped provide a soundtrack to Australian and international fans right through the 80's to today.

The Hoodoo Gurus formed in Sydney on January 1, 1981 to play their first "show". Founding members Dave Faulkner and Brad Shepherd have been joined along the way by Rick Grossman ('89) and Nik Rieth ('19)

The band's debut Stoneage Romeos, full of garage punk songs and pop references, was named Australian Debut Album of the Year and was released in America where it stayed at number 1 in the Alternative / College charts for 7 weeks, becoming one of the most played albums for the year on the college network.

The massive best of compilation album "Gold Watch" was released in 2011.

To celebrate 30 years of Gurudom that year they put together the Dig It Up national tour, featuring a line up of some 24 artists that had been part of the band's creative life including The Sonics, Redd Krosss, The Fleshtones, Died Pretty and the 5,6,7,8's among other. The shows sold out in all of the capital cities. In 2012 the Dig It Up II festival included The Blue Oyster Cult, Flamin' Groovies, The Buzzcocks and the Sunny Boys.

In spite of the dreadful restrictions that the world experienced and that the music industry in particular suffered in 2020 the Gurus kept busy (and safe!) in the studio and released a number of new singles. (Answered Prayers, Hung Out To Dry, Get Out Of Dodge). These and other tracks presently being recorded will all be released on a new studio album this year.

In fact 2021 is a very special year for the Gurus -40 years since they first played on that rooftop in Surry Hills on new years eve, 1981. They will be celebrating with that new album and a number of huge events during the year. To start off they are joining Jimmy Barnes and others on the national Red Hot Summer tour which extends from March to October. Travel restrictions permitting a tour of the US will take place in September / October.

Through the span of their international triumphs with sold out tours, 9 gold and platinum records and accolades including being inducted into the Australian Music Hall of Fame, the Gurus have remained one of the most popular and successful musical acts Australia has ever produced.