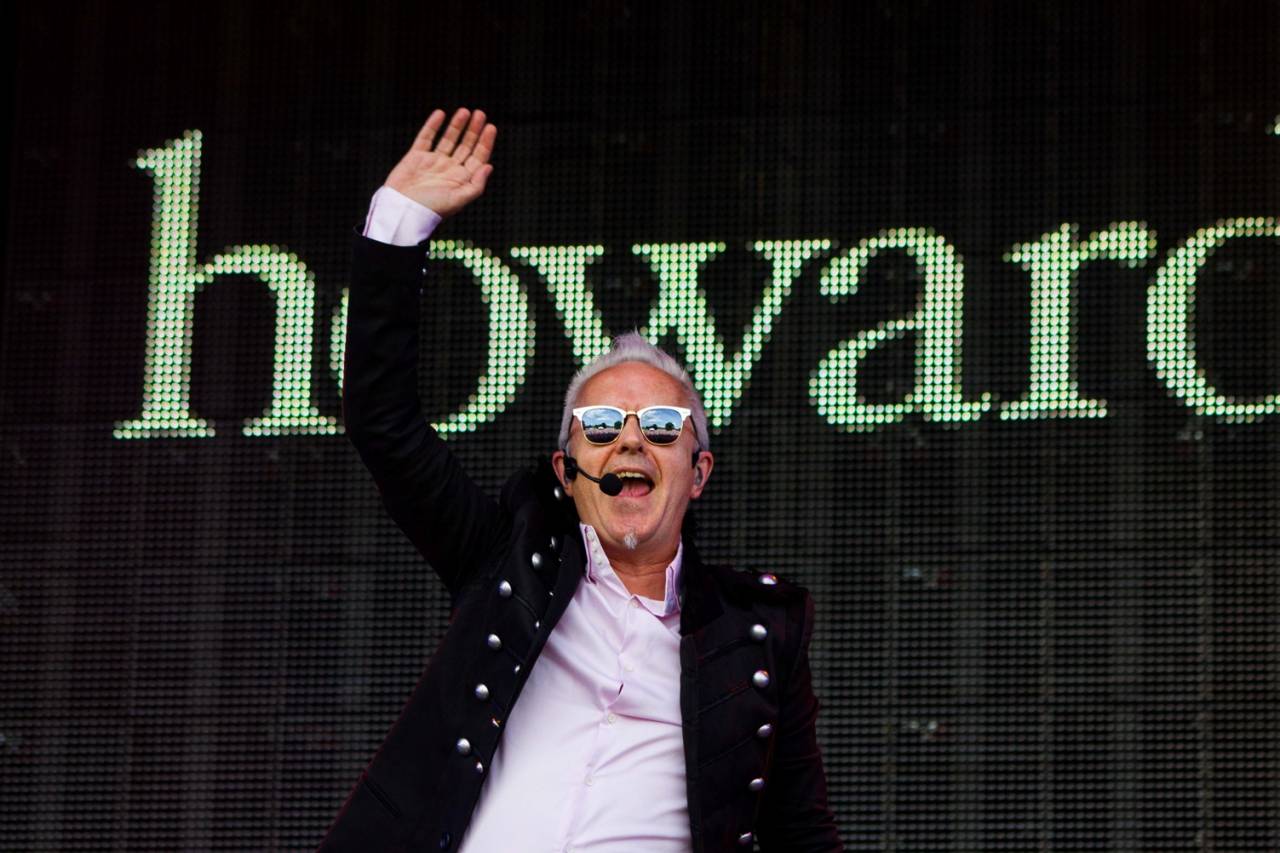 Sold Out!
New wave icon/synth pioneer Howard Jones is hard at work on a new studio album; DIALOGUE is set for release this summer. DIALOGUE is the third album in a trilogy of electronic releases from Jones with multi-media project ENGAGE coming out in 2015 and studio album TRANSFORM out in 2019. More information about DIALOGUE is forthcoming.

Of the upcoming tour, Jones commented, "I am beyond excited to be touring the US this summer with my great friend Midge Ure. As we take safe steps to put the pandemic behind us, the tour will be a celebration of being together, enjoying the power of live music again. Expect plenty of hit songs as well as cuts from my new album DIALOGUE".

Midge Ure added, "What a joy to be touring North America with my friend Howard Jones again. With the emphasis on technology, quality and performance I am looking forward to dusting off the synthesizers, cranking up the guitar and playing with the brilliant musicians who will be sharing the stage with me. We first collaborated live together back in 1989 on Howard's 'Cross the line Tour' which holds nothing but great memories for me, so I am hoping to not only rekindle those but add new ones to the memory bank". Please see below for tour dates, with more tour dates to be added.

Electronic music pioneer Howard Jones has been a constant presence on the international touring scene for the past three decades, playing live in a number of different configurations including intimate solo shows and dates with his full high-tech band set-up. His most recent album is TRANSFORM. Released in 2019 to critical acclaim, TRANSFORM features several collaborations with electronica luminary BT (half of All Hail The Silence).Of the album, Paste avowed, "TRANSFORM is remarkably consistent to Jones' lush brand of synthpop…a balance of what is familiar and what is innovative, new magic from old spells" while Pop Matters declared the album to contain "dazzling synth sounds, catchy melodies and introspective and life-affirming lyrics - but with a contemporary feel".

Howard Jones first burst upon the contemporary music scene in 1983, with his very English songwriting and pioneering synthesizers. His first two albums HUMAN'S LIB and DREAM INTO ACTION were worldwide hits. HUMAN'S LIB reached #1 in 1984 in the UK and featured the hits "New Song," and "What Is Love?" In 1985, Jones released the follow-up, DREAM INTO ACTION, which quickly became a Top Ten Platinum album in the United States and featured the smashes: "Things Can Only Get Better," "Life In One Day," "No One Is To Blame," and "Like To Get To Know You Well." Howard Jones has sold over 8 million albums worldwide and continues to make new music and tour the world. Jones recently performed on NBC's top-rated morning and nighttime shows respectively, Today and The Tonight Show Starring Jimmy Fallon. His ubiquitous hits can be heard in such high-profile television series and films such as "Stranger Things," "Breaking Bad," "Watchmen," "The Carrie Diaries", "Superstore" and "Bumblebee".

Midge Ure has an impressive catalogue fronting the groundbreaking electrorock band Ultravox as well as being a member of such notable bands as Visage and Thin Lizzy. He helped form Band Aid where he produced and co-wrote the smash charity single "Do They Know It's Christmas," still one of the biggest singles in UK music history. He was also one of the principal creators of Live Aid and Live 8 along with Bob Geldof. Ure has spent most of his career touring the globe playing solo and with Ultravox who reformed in 2009. He served the notable role of MD for the Princes Trust at the Royal Albert Hall with a cast of the usual suspects including Queen, Eric Clapton, Phil Collins and Mark King. He has received Ivor Novello, Grammy, BASCAP awards along with a flotilla of gold and platinum records. Ure is now working on three albums including a follow-up to Fragile, an Orchestrated Pt. 2 and a totally instrumental album. 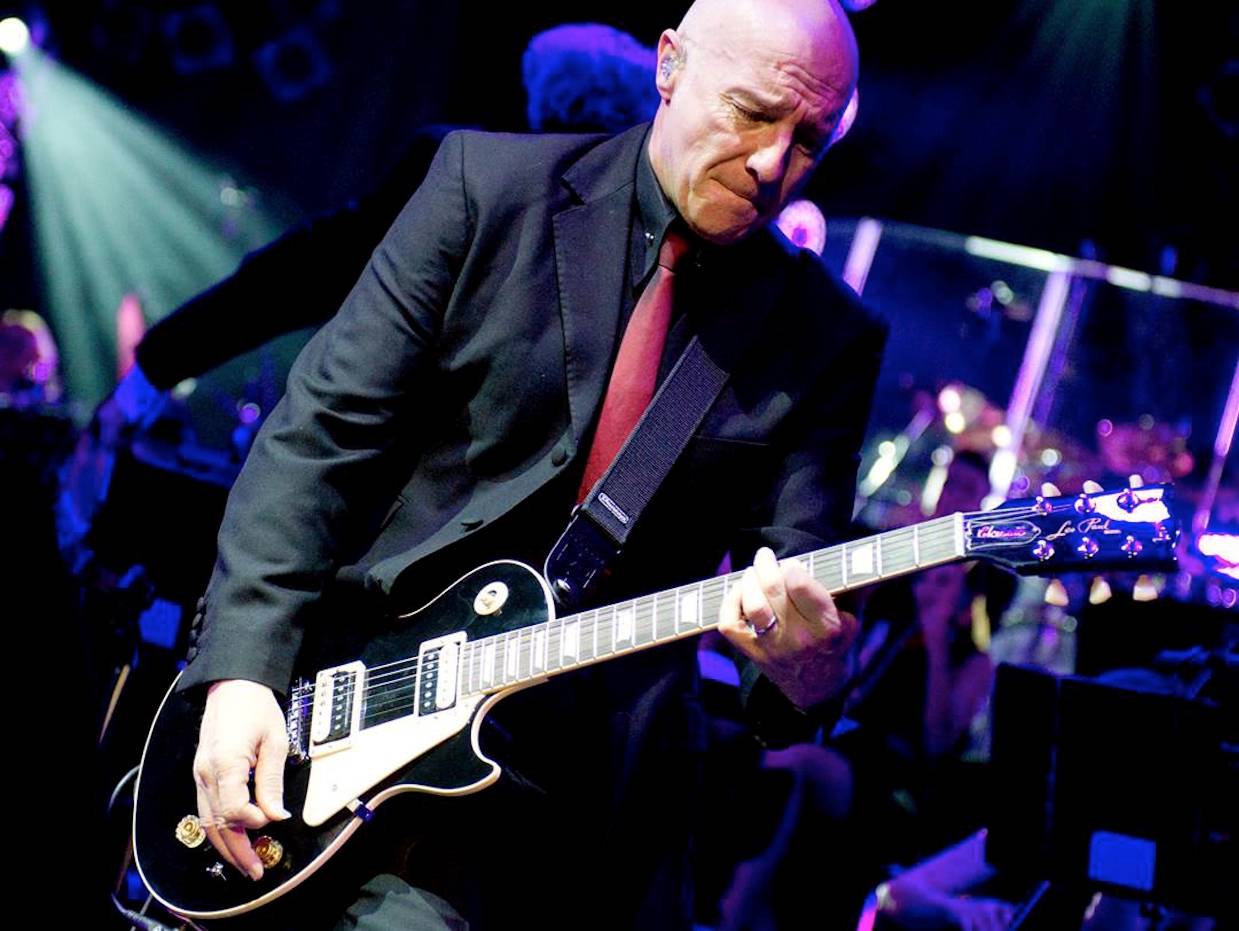 Midge Ure is one of the world's greatest  musical chameleons! From Slik, The Rich Kids, Thin Lizzy, Visage, Ultravox and of course the most famous one off group in musical history Band Aid (cowriter/producer of Do They Know It's Christmas?); co-organizer LIVE AID (and performer with Ultravox); Officer of the Most Excellent Order of the British Empire (OBE) 2005; winner of the Ivor Novello, Grammy, and BASCAP Awards; musical director of both the Concerts For The Prince's Trust (Eric Clapton, Phil Collins) & The Concert for Nelson Mandela; ambassador for SAVE THE CHILDREN, BAND AID 20 with Paul McCartney, Radiohead, Chris Martin; LIVE 8 (2006) MIDGE URE Solo – If I Was, Dear God, Breathe, Cold Cold Heart ULTRAVOX – Tracks like 'Reap the Wild Wind', 'Dancing With Tears in My Eyes', Love's Great Adventure', 'Sleepwalk', and 1981's timeless 'Vienna'
Tweet