Korine with Johnny Dynamite and The Blood Suckers 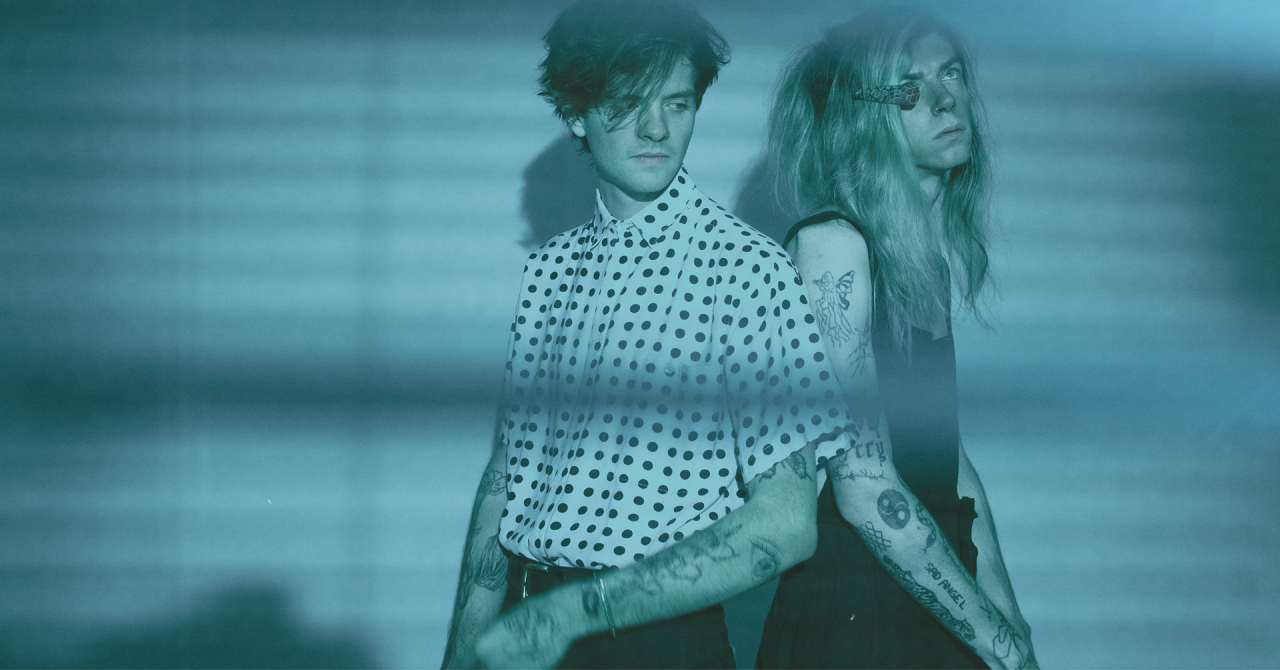 Korine is a Philadelphia based electronic pop duo comprised of members Morgy Ramone and Trey Frye. The pair blends new wave nostalgia with a modern pop
sensibility, contrasting upbeat rhythms against sullen, emotionally evocative lyrics. Following a self-released EP "Corsage" in 2017, Korine debuted their first full-length
record "New Arrangements" in 2018 on Philadelphia label Born Losers Records which helped land the band multiple nationwide tours and two sold out vinyl pressings.
Following this release were two acclaimed singles "Uncrossed" and "To You" which were specially released on a limited 7" vinyl in the Fall of 2019, and marked a stylistic evolution for the band - a departure from the familiar 80s era influence to incorporate a more contemporary pop awareness. Korine's forthcoming September 2020 release "The Night We Raise" shows the band growing even further into their own, both the songwriting and musicality more assured than ever, and will be released jointly by Born Losers Records (US) and Data Airlines (FR).

Trey Frye and Morgy Ramone met in 2015 after moving to Philadelphia within the same month but from very different places. Ramone coming from Brooklyn after
residing there for 6 years and Frye from West Virginia where he was born. By chance the two were hired at a mutually loathed cafe in West Philly and there discovered
several shared artistic interests and began working on music and photography together. After a handful of demos and experiments "Korine" was formally introduced
in late 2017 with a self-released EP "Corsage" and photo zine the pair created while shooting film during the song writing process. 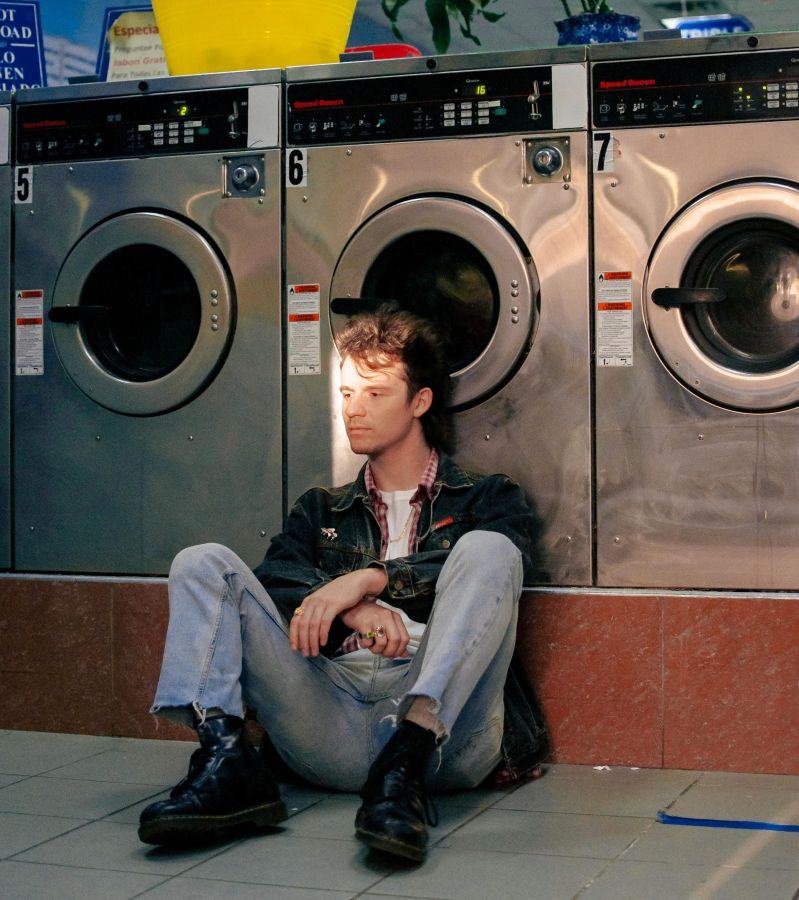 Johnny Dynamite is the solo alias of synth-centric singer/songwriter and producer John Morisi, though at times Dynamite is joined by his band "The Bloodsuckers". Inspired by the illustrative work of his grandfather, acclaimed comic book artist and Brooklyn native Pete Morisi, Dynamite took on the name of one of his most iconic characters, an anti hero detective from the underworld; "Johnny Dynamite".
Emerging in the mid-2010s as a staple of the Greater New York DIY basement scene, Dynamite eventually settled in Brooklyn himself. Laying down roots after
years of touring, Dynamite has taken time to develop his mostly self recorded craft through setting up small bedroom studios across the city (wherever he resides) as well as making a name for himself playing out with his band, establishing his love of rock n' roll.

Known for his visceral, melodic dirges, and off kilter production style, Dynamite carved out a niche for himself in the darker corners of the world of guitar rock. Dynamite's sound has evolved over the years from heavier pixies meets modest mouse style indie/alternative rock incorporating harmonic chorus laiden guitars to more synth driven and electronic leaning pop music taking influence from the likes of heavy hitters such as Max Martin.
A multi-instrumentalist, and frequent breaker of snare drums, Dynamite is also fluent in the language of the Akai MPC, and Prophet synthesizer. Most notable though is Dynamite's delivery as a frontman, lyricist, and vocalist, where he shines as a storyteller. Dynamite's passion for his music seeps through to listeners in his moody and angst filled vocal delivery and lyricism showcasing a complex and introspective observer caught in the afterglow of it all. Dynamite's debut solo album "Heartbroken" debuted on streaming sites in early 2020 to much positive reception and buzz amongst his peers in the NYC scene.
Tweet