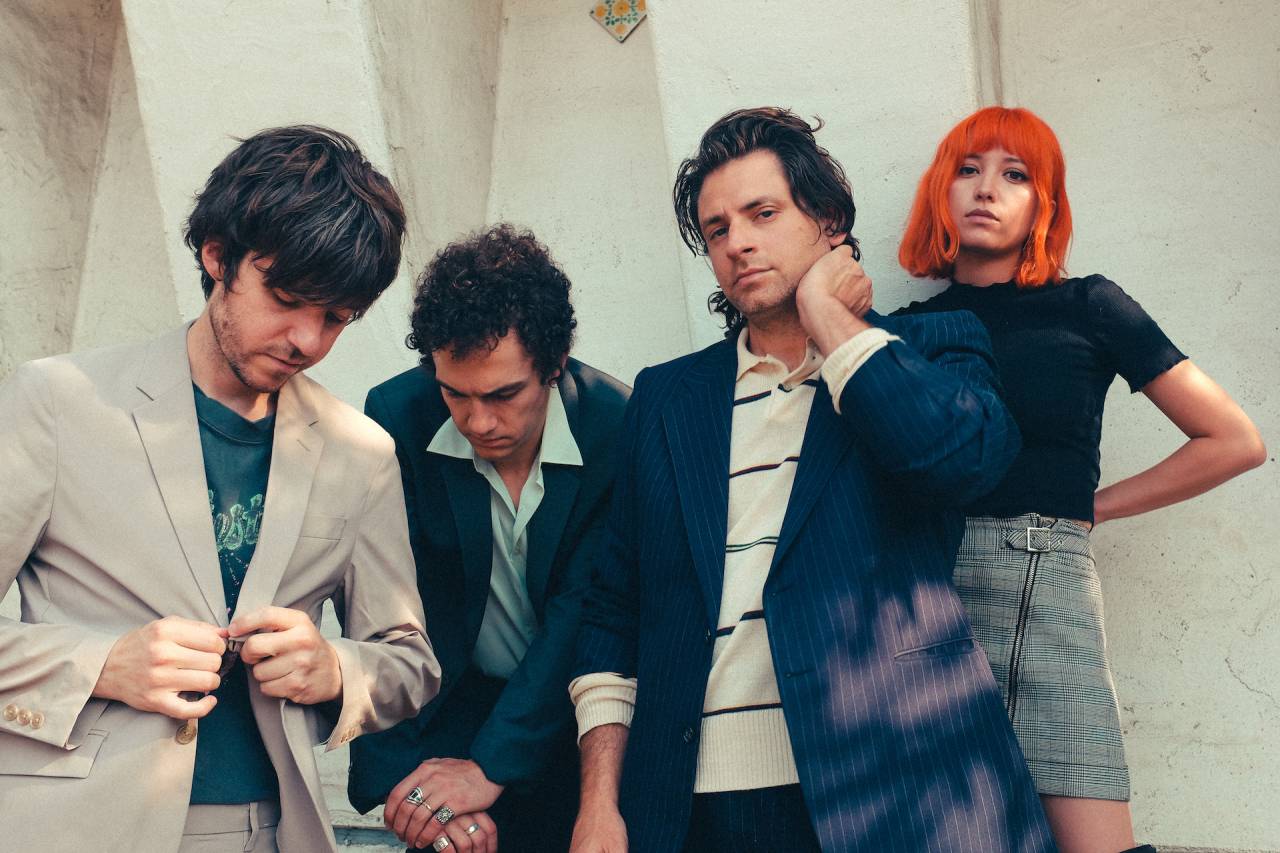 Like pausing a VHS tape, music freezes the frenetic motion of daily existence. Even if just for an instant, it calms the feedback loop of routine, engages respite, and provides perspective. Siphoning guitar transmissions and a dynamic vocal push-and-pull through a lens of cinematic production, Lo Moon deftly balance expansive soundscapes and eloquent songcraft. The Los Angeles based quartet—Matt Lowell, Crisanta Baker, Sam Stewart and Sterling Laws - ultimately use music to make sense of each day on their sophomore offering, A Modern Life [Strngr Recordings/Thirty Tigers].

"It's about survival'' observes Matt. "Navigating through all that's thrown at us. Maintaining who we are and where we want to be. Music itself has been so powerful for us in our own survival, it can change everything in an instant. As a band, we've got a lot of reverence for it and strive for it. We don't take it for granted."

They never have either...

In 2016, Lo Moon materialized as a fan and critical favorite with the buzzing "Loveless." It paved the way for their 2018 self-titled full-length, Lo Moon, which NPR hailed as ''shimmering, immersive and otherworldly. As intimate as it is anthemic''. Meanwhile, Variety attested, "It possesses a rare balance of pop-inflected songwriting and dense atmospherics that hold each other in check rather than clashing." Beyond acclaim from The New York Times, NPR, Los Angeles Times, The Sunday Times, NME, Noisey and more, Billboard named them among "10 Rock & Alternative Artists to Watch." Between amassing over 50 million streams, the band performed alongside The War On Drugs, Glass Animals, Phoenix, and Air in addition to gracing the bills of Governors Ball, Lollapalooza, SXSW, All Points East and more. The group also made their late-night television debut on Jimmy Kimmel LIVE! followed by The Late Late Show With James Corden.

Following a tour with CHVRCHES, the musicians entered the studio with producer Yves Rothman (Yves Tumor, Miya Folick) to record what would become the next body of work. Various elements fell into place as they also officially added Sterling to the fold in the studio. Their old friend Chris Walla (Death Cab For Cutie), who co-produced their debut, eventually joined them for some of the finishing touches.

"We wanted to make a band record we could play live," recalls Matt. "It really informed the direction. On our debut , we'd barely thought about playing a show before mastering the album. Sonically we try to view Lo Moon from 1,000 feet. It comes down to the way we all approach the feeling of the song. We try to capture the fragility and intimacy of me singing in the room directly to you, and the wash of oceanic moments. That's where we find our magic.

This magic courses through the lead single "Dream Never Dies." Piano glimmers beneath gauzy guitar as Matt intones, "What happened to all the easy days of summer back when we were younger?" The song grasps on to a fleeting memory of youth in a glassy chorus encased by heavenly synths.

"As I get older I've become more and more nostalgic about my youth. I had way less anxiety, I didn't fear losing the people closest to me or have to face the bigger questions of life. Hope and optimism were just a little bit easier back then. I work hard not to let the complexities of life sucked the hope out of me. This song if nothing else is a reminder to try my best and not let that happen''

On "Raincoats," stark vocals echo with icy reverb as the momentum snaps into a shuffling groove eventually catalyzed to a climax with a rush of electric guitar and modulated synths.

"The lyrics were inspired by Kurt Andersen's book Fantasyland: How America Went Haywire," he reveals. "I was reading it at the time and his description of the events in history that have shaped how we've arrived at this moment, really spoke to me."

The ten-track album doubles as a snapshot of our 21st century existential ebb and flow. "Carried Away" hinges on airy guitar as Matt anxiously confesses, "Every single day, it's easy to get carried away." Elsewhere, "Digging Up The Dead" pairs angelic vocals with a funereal chant, juxtaposing dark and light sonic hues.

The acoustic guitar-laden finale "Stop" tackles an overarching theme as he sings, "Why do I give you all that I've got when all I've that got will never be enough—for you, for us?". ''

In the end, Lo Moon might just inspire you to enjoy A Modern Life a little more.

''The journey of making a record is always winding, every artist will tell you that. We found that all we needed was the connection to each other and the commitment to believe in the music and emotion in the four of us. Great art has the ability to transform, and transport and we know how powerful that can be. We hope this record does that for you and can't wait to play it live. That will be the moment this journey feels truly complete.'' says Matt. 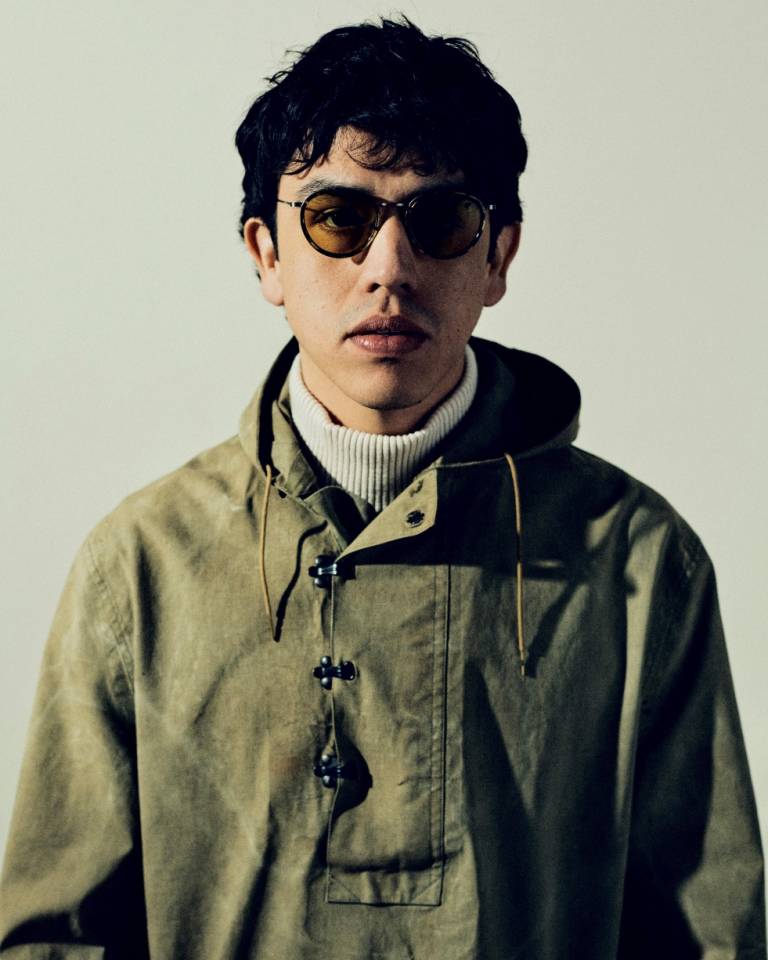 After flash-driving a booking agency's venue roster and creating a fake agent over email, northern Minnesota alt-rock outfit Social Animals toured for 300 days a year on self booked runs before eventually finding their voice and inking a deal with Rise Records for their self-titled debut record, set for release in June. After a 2020 European tour was cut short (you know why), the band bounced back with their recent single 'Adults' charting at #10 on Amazon Music's Top 100 Alternative songs of 2021. The anthemic new single is the band's latest offering since their string of critically acclaimed tracks last year – "Bad Things," "Best Years," and "Get Over It" – released via a limited edition 7" to widespread praise from Billboard, Flaunt, American Songwriter, Sirius XM's Alt Nation, The Current, Triple J, Clash, Dork, Upset, and more.

Now, Social Animals are preparing to release their single Love Language in May, before releasing their self titled debut in June.