Remember Jones: "won’t U be my hater? TOUR PART TWO" 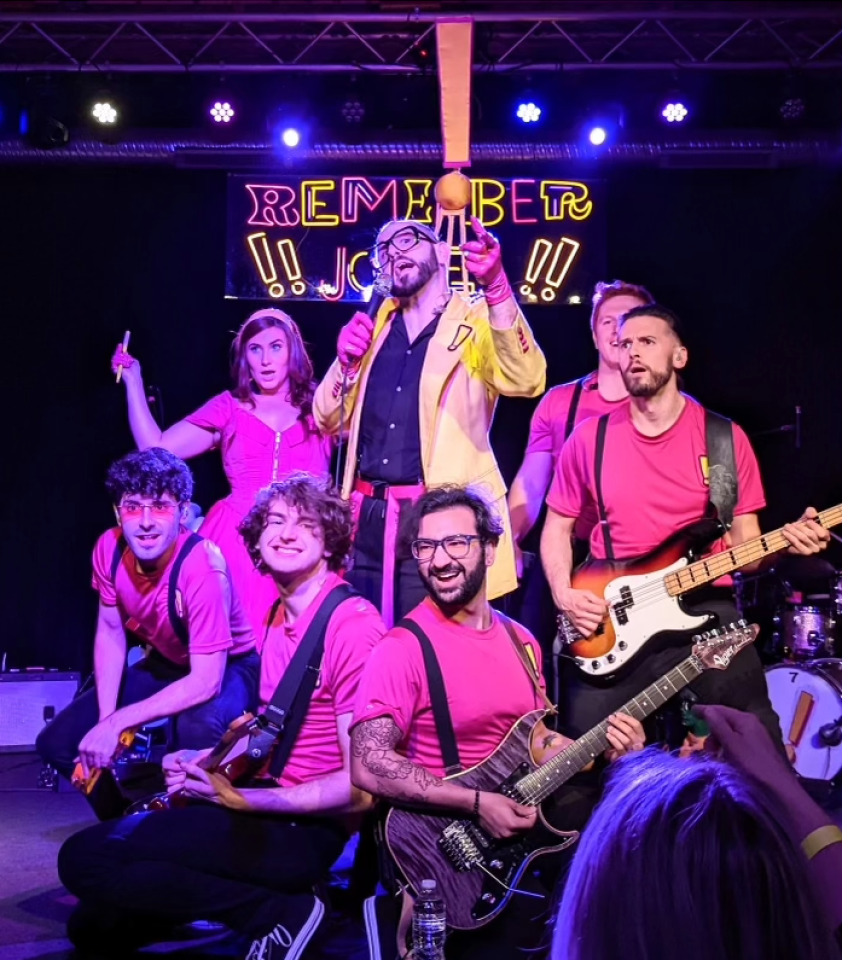 Remember Jones, a national rising talent from Asbury Park, NJ, brings his new theatrical show and tour to stops in 25 cities this summer. His new "won't U be my hater? TOUR PART TWO" celebrates the new album, HAHA, B@TCH! to be released digitally on July 8th, with vinyl and limited CDs and cassettes available at all tour dates.

Remember Jones is a one-of-a-kind soul/pop singer, storyteller, and bandleader, with song styling and expert storytelling that keep audiences on their toes and emotions in the moment. Evoking the authentic energy of the greatest front men and women, his original music, high energy, show-band staging, and creative, theatrical events have played to packed and sold-out clubs and theaters throughout the United States. He has shared stages with George Clinton & Parliament Funkadelic, Ronnie Spector & The Ronettes, Darlene Love, Buster Poindexter, Nigel Hall, Rebirth Brass Band, Ivan Neville's Dumpstaphunk, Southside Johnny & The Asbury Jukes, and more, further justifying his versatility. He has shared lead vocals with Bruce Springsteen and has been a member of the acclaimed Everyone Orchestra alongside Robert Randolph, Steve Kimock and members of Ween, moe., Turkuaz, The Revivalists, and more. In the vein of putting a spin on the work of other artists, Remember Jones released Ain't That a Kick in the Head?!, a single in celebration of Dean Martin's 100th birthday, sharing studio time with Dean's daughter, Deana Martin.

In spring 2022, Remember Jones tackled a heroic, theatrical staging of Meat Loaf's entire Bat Out of Hell album with a series of sold-out shows in NJ. Fronting a fully staged, 16-piece rock orchestra band, the show was backed by Rock and Roll Hall of Famer Max Weinberg, who played the album live for the first time ever after recording several of its most notorious tracks in 1977.

The "won't U be my hater? TOUR PART TWO" celebrates the artist's versatility in a high-energy, over-the-top performance with a 7-piece backing band that harkens back to the sound and stylings of Queen, David Bowie, The Talking Heads, and the revues of artists like Tina Turner, Tom Jones, Cher, and more. HAHA, B@TCH!, the new album of 12 original songs from Remember Jones, mixes the artists influences in a pop setting, with funk and disco offerings, alongside tongue-in-cheek pop and folk rock, weaved together by the unique personality and delivery from Remember Jones. It's first two singles, "boys+girls+inbetween", and "fat jeans" (which has caused a stir on social media with a concept and animated video that has since been seemingly copied by Carrie Underwood), has been embraced by LGBTQ+ and queer communities, as well as jam-band and eccentric music supporters, for it's unifiying messages, body positivity, and unique musicianship. It's follow-up singles, "radio says she loves me" and "love will return", further showcase the album's versatility and mixture of grooves and cheeky lyrical content.