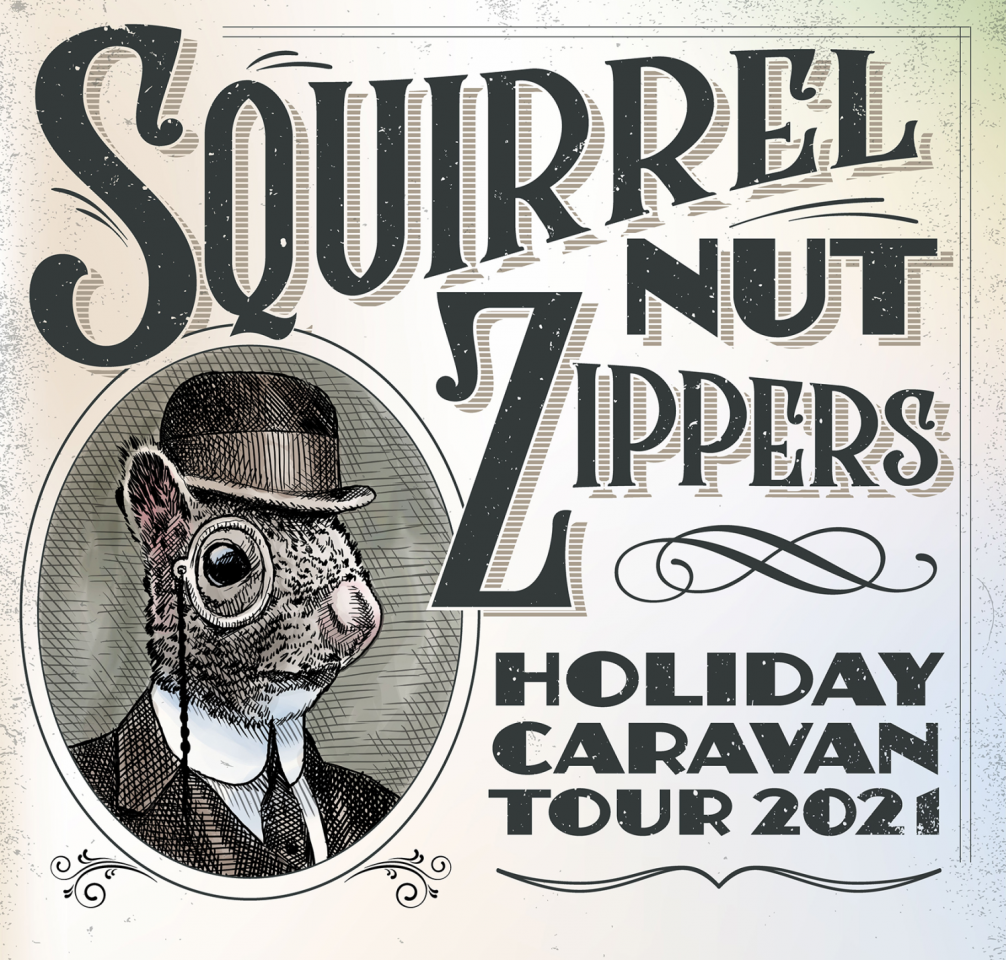 In what's become a new holiday tradition for many family and friends, the Squirrel Nut Zippers Holiday Caravan Tour makes its return this winter!

The seventeen-show run is the longest holiday run to date for the Squirrel Nut Zippers. The tour will begin on November 30th in Asheville, NC at The Grey Eagle and conclude in Nashville, TN on December 19th. Other stops include New York, Detroit, Cincinnati, Alexandria, VA, Beverly, MA and many others. (Full list of dates below)

The Squirrel Nut Zippers most recent album: Lost Songs of Doc Souchon debuted in late 2020. "This new album was inspired by all of the mysterious characters from the history of New Orleans jazz music," commented band leader Jimbo Mathus. "It speaks to the hidden roots of where our aesthetic, interests and philosophy comes from. It pulls on the hidden thread." The album will make its debut on vinyl later this year.

The Zippers began their musical journey in Chapel Hill, North Carolina, in the mid 1990's, as a musician's escape from the cookie cutter world of modern rock radio at the time. Jimbo Mathus along with drummer/percussionist Chris Phillips formed the band as a casual musical foray among friends and family in the area. It wasn't long before the band's quirky mix of jazz chords, folk music, and punk rock leanings spread out of the region and attracted a national audience.

Between 1995-2000 the Squirrel Nut Zippers sold over three million albums. Their watershed album, Hot (1996) was recorded in the heat of New Orleans, fueled by a smoldering mix of booze and a youthful hunger to unlock the secrets of old-world jazz. This passion mixed with klezmer, blues and random bits of contemporary musical leanings became the bands signature style. At the time, there were few other bands inhabiting this space. The album would eventually break free of any "jazz" stereotypes and land on commercial radio, taking the band to remarkable heights for what was essentially an anti-establishment sound.

For the most up to date information on the band visit:  www.snzippers.com