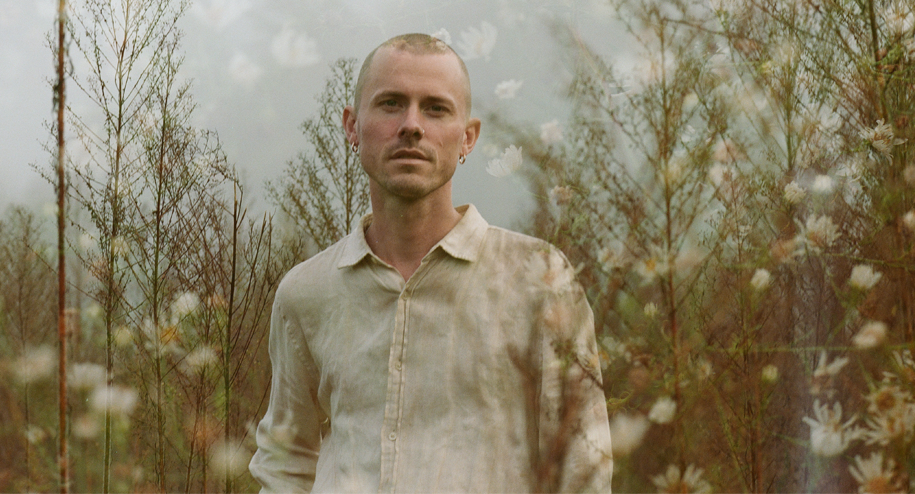 When Ryan Gustafson finished recording Transmigration Blues, his fourth and best album under the name The Dead Tongues, in the summer of 2019, he slumped into a month-long haze of depression. For two decades, Gustafson—a preternaturally sensitive soul, interested in the mystic but grounded by his love of quiet woods and open deserts—had made many albums with various bands and under assorted guises. This one however, had left him wounded, momentarily empty. He couldn't write songs, couldn't concentrate, couldn't summon any enthusiasm for tapping into his emotions. Even the shows he played meant going through the motions. "The deeper wells of my being had run dry," he remembers of how he felt when he returned to his mountain cabin, deep in a North Carolina holler. "There was just this big, open space." In the years since recording his 2018 breakthrough, Unsung Passage, Gustafson had built words and songs of intense emotional reckoning. He had wrestled with relationships that failed spectacularly. He had contemplated growing up in and then apart from a devoted religious household. He had surveyed the damage of living hard in his 20s, partying in the back of vans as he prowled the interstates of the United States, reckless and free. Before any of the songs detailing these reckonings emerged, Gustafson had the title Transmigration Blues—a reference to the Buddhist concept of a dead body's soul migrating into another host. For Gustafson, though, it also represents the "little deaths" we all experience as we grow and evolve, the lessons and fables (however indirect) we take with us as we molt and slip from an old skin into our next one. This baggage was daunting, Gustafson admits, but he's better for having sorted through it, having pulled it from his body at last. "It took a while to come back from," he says. "But I would rather walk out of the studio feeling that way instead of it just being another day at the office."