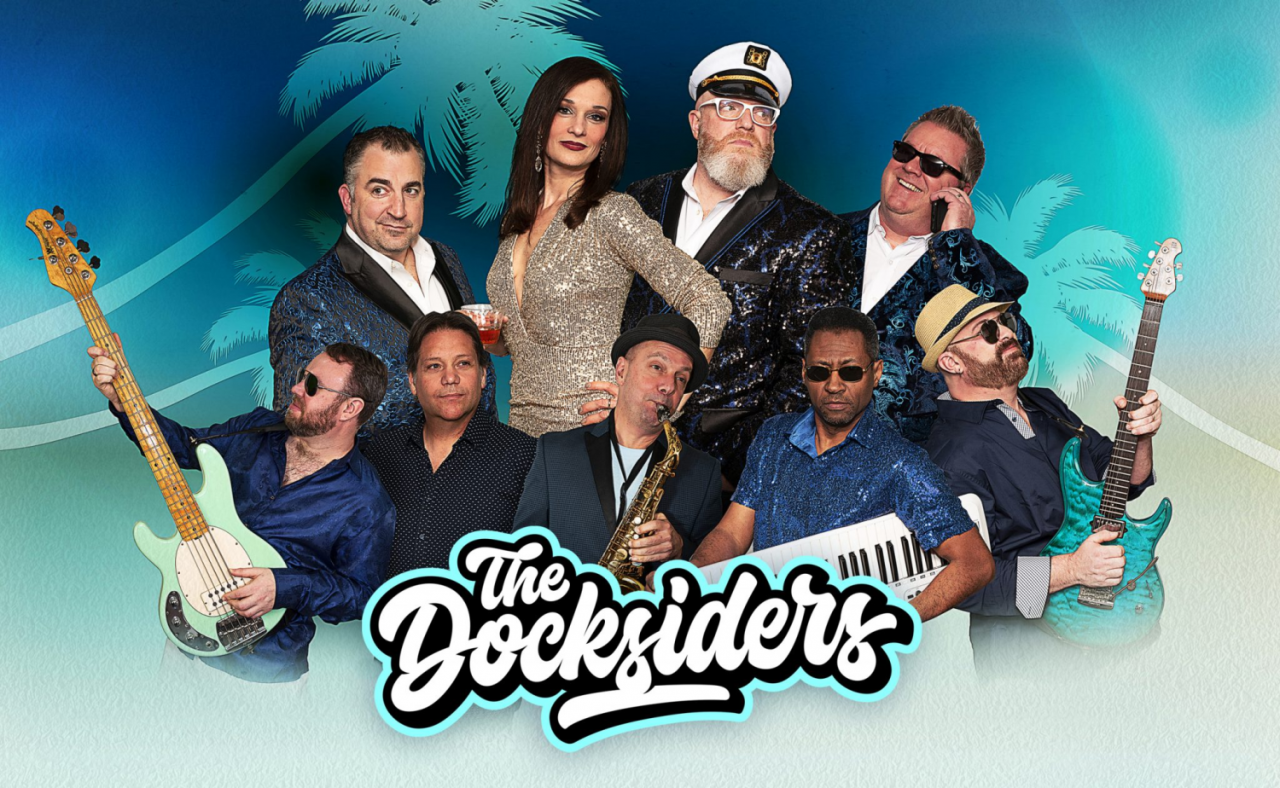 Imagine that it's 1981 and you're cruising the Atlantic shores of the Hamptons with your friends. Bikinis are fluorescent, polo collars are popped, and boat shoes are rocked sockless. In the background, your booming sound system is playing the soft-rock sounds of Olivia Newton-John, Toto, Kenny Loggins, The Carpenters, Michael McDonald, Hall & Oates, Christopher Cross, and Air Supply.

The Docksiders are made up of music industry veterans – led by 3-time Grammy™ nominee, Kevin Sucher. Their unique tribute act of your favorite "soft rock" songs of the 70s and 80s – now defined as Yacht Rock – have been entertaining thousands of people for years and the revival of this genre and audiences are only getting bigger. Thanks Weezer!

The Docksiders show stopping hit song after hit song, costume changes, and  visual production, is only topped by their world-class performance.

The Docksiders - Yacht Rock at its finest!