The Ocean Blue with The Orange Peels 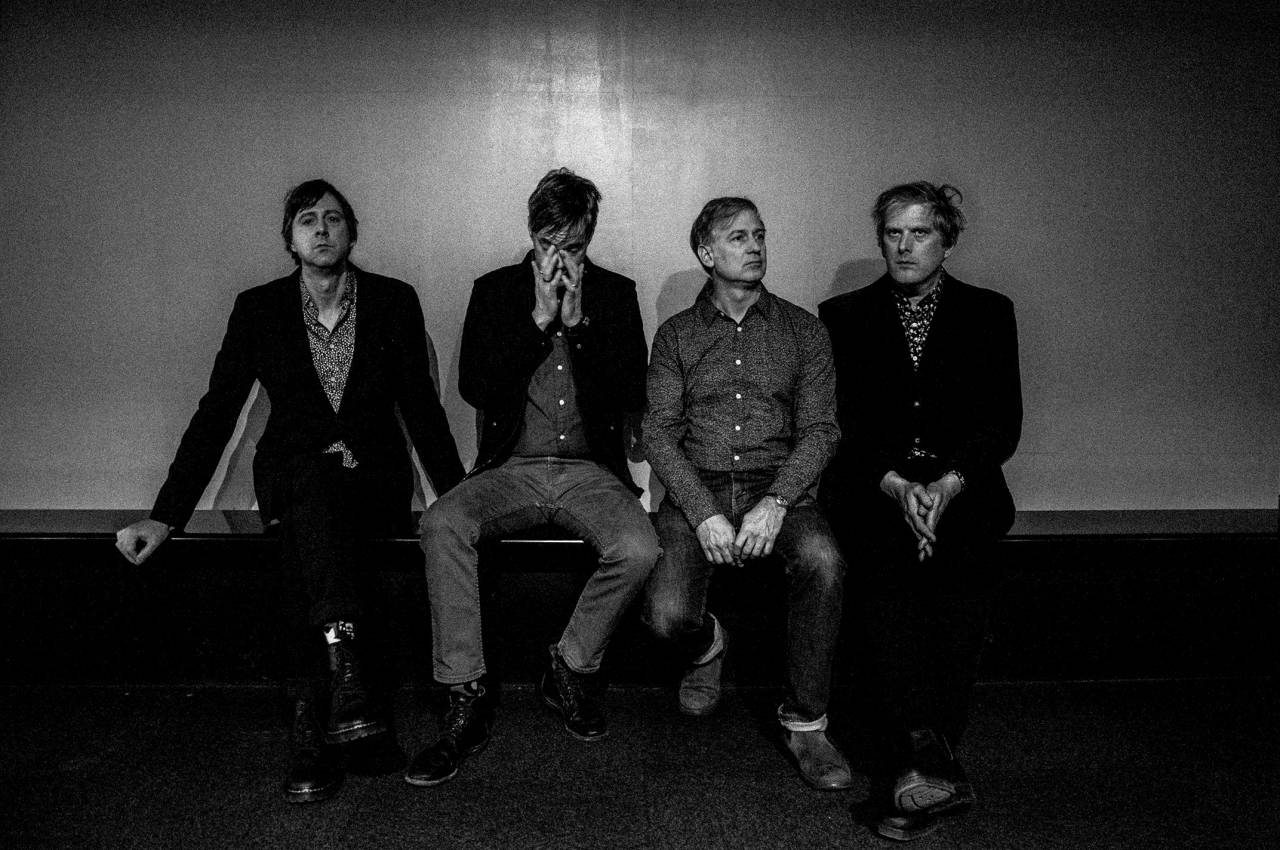 The Ocean Blue arrived as the 1980s drew to close, and their debut record on the famed Sire Records label in 1989 seemed to summarize the best of the musical decade. The band of four teenagers from Hershey, Pennsylvania quickly achieved widespread acclaim and radio & MTV airplay, with top 10 Modern Rock/College Radio hits like Between Something and Nothing and Drifting, Falling. They followed their debut release with the subtle and atmospheric Cerulean, which included perhaps their most beloved song, Ballerina Out of Control, and followed that with their highest charting pop album Beneath the Rhythm and Sound and the single Sublime, featuring a video of the band in the sublime landscape of Iceland. The band's fourth record for Mercury/PolyGram, See The Ocean Blue, was a departure to a more guitar rock sound of the 60s and 70s, but with the band's 80s DNA peeking through. After a busy decade of recording and touring, the band left the majors in the late 90s. Several independent releases and related touring followed in the 2000s, including 2000's Davy Jones Locker and 2004's Waterworks EP, and some wider international touring. In 2013, after much anticipation, the band released their first full length record in over 10 years, Ultramarine, on Korda Records, a Minneapolis-based label cooperative label the band helped launch that same year. The record was a welcome return for fans of the band and a younger generation of fans, and garnered widespread praise as one of their very best albums. In 2015, the band worked with Sire and Rhino Records to reissue their first 3 Sire albums on vinyl. The band marked the occasion by performing the first 2 albums in their entirety at limited concerts throughout the U.S. In 2016, the band did a full South American Tour where some of their most passionate fans reside. This summer, the band releases their first new full length album in over 6 years. 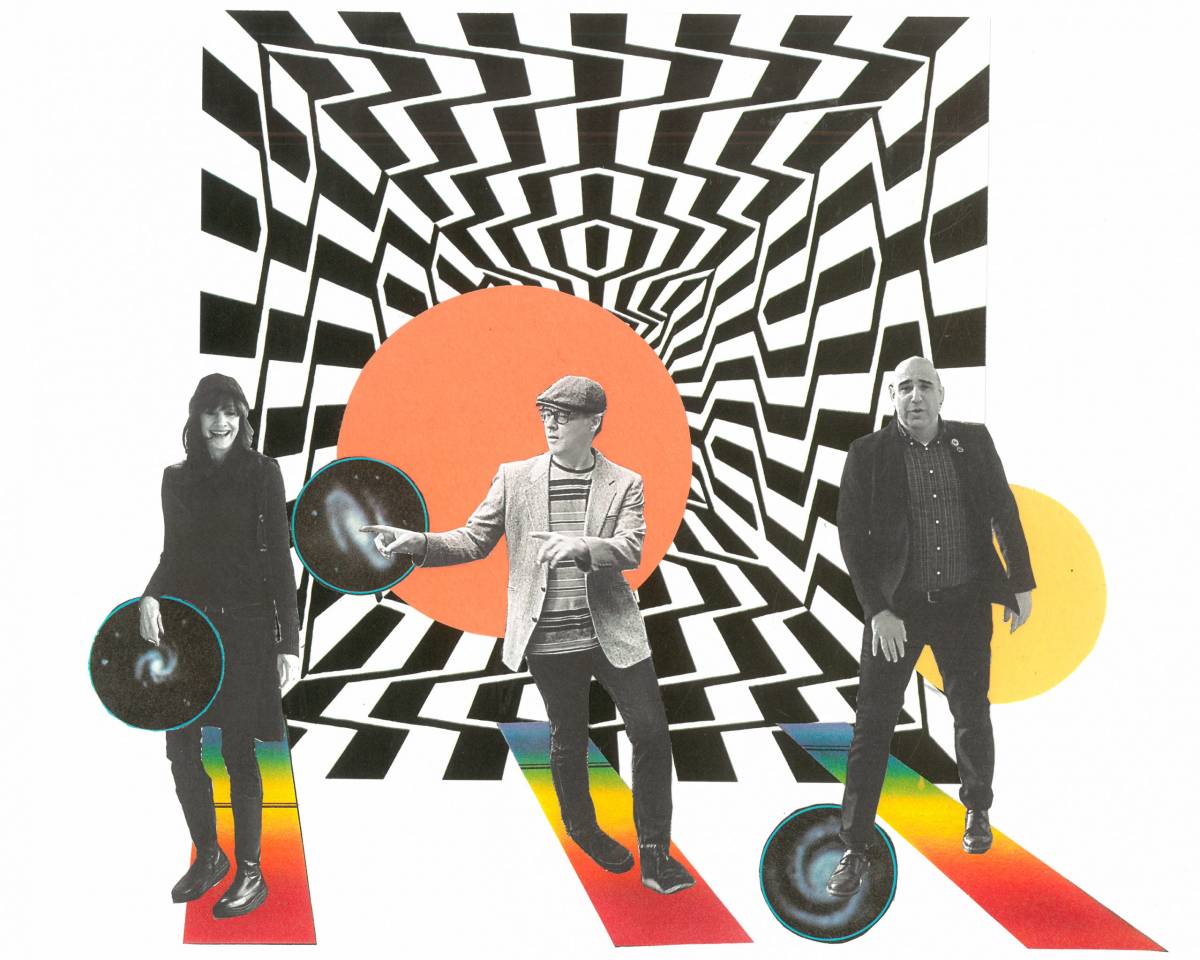 After a year where the real turned surreal, and reality itself seemed up for grabs, music was a refuge for the three members of The Orange Peels (Allen Clapp: Vocals, Guitars, Synthesizers; Gabriel Coan: Drums, Programming and Synthesizers; and Jill Pries on bass). Even without the lockdowns, confusion, and fear of the global pandemic, the band went through the ringer.

"You have to get used to the idea that you might be saying goodbye to everything you know. That you might need to start over from scratch," says Pries. "And that's probably a good way to think about our new album."

Clapp lost his father to cancer just prior to quarantine. And before summer was out, his mother was gone too. Then the band's Santa Cruz Mountains studio and headquarters was nearly lost to the worst wildfires in California's recorded history. Clapp and Pries escaped with their 8 animals and the hard drive containing the new recordings.

"When you spend weeks wondering if you have a place to live, or even an address, it changes you," Clapp says. "You have to forget your old life to a certain extent just to keep moving forward."

And during all of this, they were making the music that would become the band's first double album, "Celebrate the Moments of Your Life."

Making a double album is one of those things bands joke about doing—until they're in the midst of creating one. "It's a risk, but it's also a statement," says Clapp. "We wouldn't have done this if we had just written twice the amount of material. We simply needed more space for the ideas to play out."

Sometimes those themes are so deep, they needed to unfold over multiple songs, multiple sides. There are songs about death, love and healing, empathy and estrangement. And there's a three-part meditation that introduces the idea that maybe we've finally reached the light at the end of the tunnel: "It's the day / you say / maybe everything is okay?" And there are songs that ask questions about humanity itself.

The sound of the album follows the shifts in tone and topic with both ease and surprise. There are drummers and drum machines—sometimes multiples of both in the same song—distorted guitars and fuzz bass, and a gossamer tapestry of synthesizer atmospheres. There are also string arrangements courtesy of composer Mike Brown (who worked with the band on "Dawn Tree" from 2018's Trespassing) that push the whole album into a stately territory reminiscent of the classic pop from the '80s.

It's a response to circumstance. While many hunkered down from life, The Orange Peels doubled down. And that's reflected in the album's title. "What started as kind of a joke invoking the International Coffees commercials from the '80s ended up becoming more appropriate every day we worked on it," says Coan.

The fact that this album was basically made by just three people makes it all the more ambitious. The band parted ways with its guitarist, John Moremen (Matthew Sweet), in 2019 and made the conscious choice to not replace him. "We wanted to see what would happen if we just moved forward with no expectations about what the band was supposed to sound like or be," Coan says. "Celebrate the Moments of Your Life" is the end result—an ever-changing mood-ring of an album that dives and soars, darts and hovers, grieves and hopes.

Advance orders for Celebrate the Moments of Your Life are now live on Bandcamp. Reserve one and get a free 7″ single featuring remixes by U-Dot Sound and Bundy K. Brown.