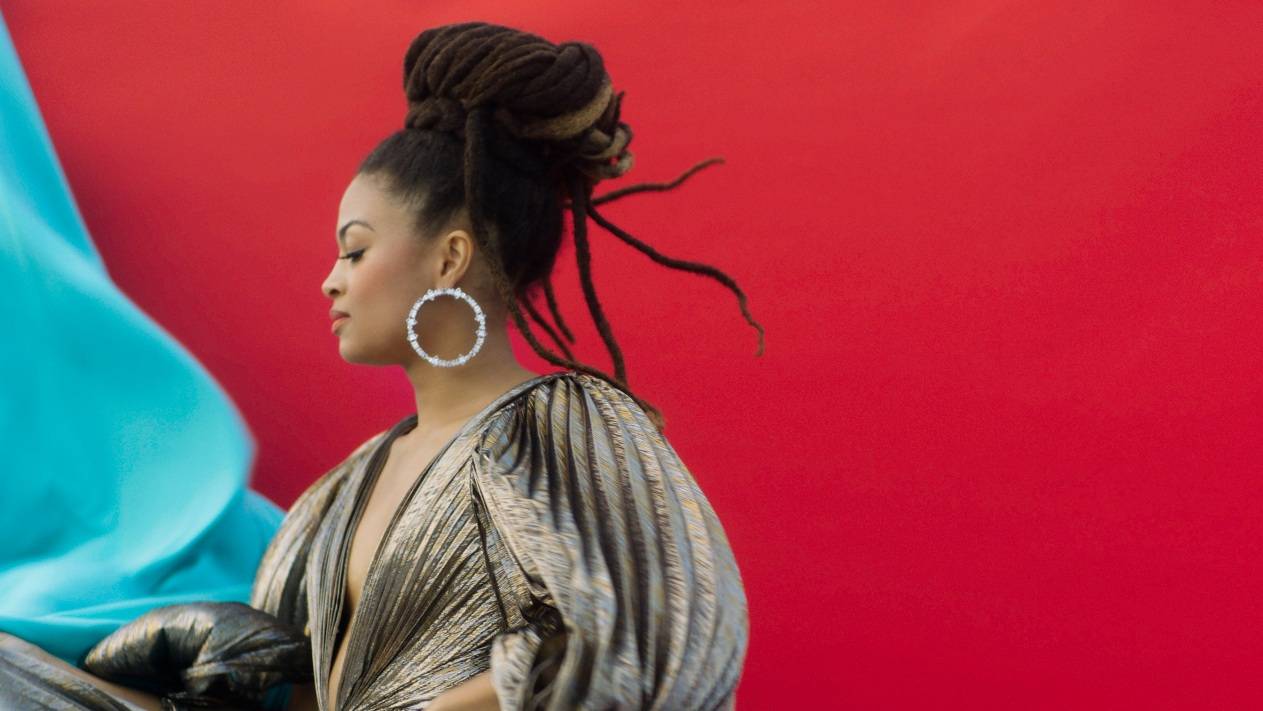 Per artist management, this show requires that all patrons attending the event must be masked when not eating or drinking, even in instances where everyone is vaccinated.

The latest full-length from Valerie June, The Moon and Stars: Prescriptions for Dreamers emerged from a long-awaited revelation on the part of the Tennessee-bred singer/songwriter. "With this record, it finally became clear why I have this dream of making music," June says of her third album for Fantasy Records. "It's not for earthly reasons of wanting to be awarded or to win anybody's love—it's because dreaming keeps me inquisitive and keeps me on that path of learning what I have to share with the world. I think when we allow ourselves to dream like we did when we were kids, it ignites the light that we all have within us, and helps us to have a sort of magic about the way we live." The follow-up to her widely adored The Order of Time—a 2017 effort that earned the admiration of Bob Dylan and landed on best-of-the-year lists from the likes of Rolling Stone and the New York Times — The Moon and Stars: Prescriptions for Dreamers is a potent catalyst for that kind of magic.

With her spellbinding vocals and infectious sense of wonder, June gently eases the listener into a far more charmed state of mind, one that quickly restores a powerful feeling of joyful possibility. Produced by June and Jack Splash (Kendrick Lamar, Alicia Keys, John Legend), The Moon and Stars: Prescriptions for Dreamers achieves that transcendent effect thanks in no small part to the splendor of its sound, an exquisitely composed tapestry of folk, soul, gospel, country, blues, psychedelia, and time-bending symphonic pop. In bringing the album to life, June and Splash stayed true to the spirit of wide-eyed exploration by working with an eclectic lineup of esteemed musicians, absorbing themselves in a prolonged period of free-flowing experimentation and playing with a magnificently vast palette of instruments (flute and banjo, mbira and Mellotron, saxophone and synth, to name just a few). The result is a selection of songs both ornate and elegant, each moment crafted with a profound awareness of what's most essential in creating enduring beauty.

Though the shapeshifting textures of The Moon and Stars: Prescriptions for Dreamers prove infinitely mesmerizing, the album's most enchanting element is June's vocal presence, the extraordinary and often breathtaking sound of someone pouring her whole heart into every note. At turns ethereal and gritty, ferocious and fragile, June's vocals possess a certain transformative quality, instantly melting away the chaos of the everyday and leaving only the immutable glow of absolute truth.

Infusing each line of The Moon and Stars: Prescriptions for Dreamers with her warmly delivered insight, June narrates the long and precarious journey toward realizing a dream. "Any dream is going to be work, and you have to be willing to put in that time and effort to go the long path," she says. "There's a lot of failing and rising and twists and turns, but dreaming itself can also be a strengthening force that we can all tap into." One of many songs graced with a lavish string arrangement from Lester Snell (Isaac Hayes, Al Green, Solomon Burke), "Stay" opens the album with a piano-laced rhapsody urging listeners to carve out "their own personal space to dream freely," as June puts it. Next, on "You and I," June speaks to the ineffable joy of letting others into your inner world, the track's effervescence intensified by the hypnotic rhythms of percussionist Humberto Ibarra.

After the luminous clarity of "Colors" and softly soaring urgency of "Stardust Scattering" (a song partly inspired by the surrealist poetry of Sun Ra), The Moon and Stars: Prescriptions for Dreamers presents an African proverb read by legendary Stax singer Carla Thomas (aka "The Queen of Memphis Soul"). From there, Thomas lends her backing vocals to the album's showstopping centerpiece "Call Me a Fool," a gorgeous piece of throwback R&B fueled by smoldering horns and a particularly soul-stirring performance from June. "It's very scary to have a dream," says June in revealing the song's message. "Everybody in your life will tell you that you're crazy and it's never going to work out, but you've got to let the world call you a fool and just go for it anyway."

Although The Moon and Stars: Prescriptions for Dreamers slips into a heavy-hearted mood on the stark and sorrowful "Fallin," June's irrepressible intensity returns on the radiant "Smile." "As a Black woman, a song like 'Smile' makes me think about everything my race has gone through, and how positivity can be its own form of protest," June points out. "It's saying, 'We are oppressed, we have so much against us—but the one thing you're not gonna take from me is my smile.'" One of the album's most beautifully untethered moments, the trance-like "Within You" shares what June calls a "mantra for rejuvenation," while "Two Roads" channels a dreamy determination in its lilting pedal-steel tones. A song of sweetly articulated triumph, "Why the Bright Stars Glow" then leads into the album's glorious finale: the slow-burning "Home Inside," a prayerful invocation whose lyrics are threaded with June's tenderhearted wisdom (e.g., "Earth is a school/To shine is why you came").

At several points throughout The Moon and Stars: Prescriptions for Dreamers, June offers up what she refers to as "reflective meditation moments": atmospheric interludes meant to lull the listener into a state of lucid serenity (the album's final track, for instance, features recordings ofmockingbirds singing outside June's window during her time spent quarantining in Tennessee). "I know that when I'm ready to give up on something on the dreamer's path, taking even 30 seconds to just focus on my breath can completely shift my energy and help me to keep going," she notes. To that end, the subtitle to The Moon and Stars: Prescriptions for Dreamers alludes to the so-called prescriptions June created to accompany each song on the album, a carefully curated collection of elixirs, contemplation questions, and daily practices assembled to help the listener along on their own dreamer's journey.

In the making of The Moon and Stars: Prescriptions for Dreamers, June added an element of ritual to every recording session, including adorning the studio floor with mandalas made from fresh-picked flowers (a rite inspired by 19th-century author Clara Lucas Balfour's assertion that flowers are undoubtedly "the stars of the earth"). Working at Fresh Young Minds in Los Angeles and Hit Factory Criteria in Miami—with each session serendipitously transpiring under a full moon—June found an ideal collaborator in Splash, who shares her tendency toward childlike adventuring in the artistic process. "For this album I wanted to see how we could bring some modern elements into that band-in-the-room approach I've taken with my records in the past," says June, who first broke through with 2013's critically acclaimed Pushin' Against A Stone. "Anytime you create, you should always be exploring and changing and trying things you've never done before." With their reference points ranging from the freewheeling Afrobeat of Fela Kuti to the grandiose string arrangements of longtime David Bowie producer Tony Visconti, June and Splash introduced otherworldly effects and beats into the album's elaborate orchestration, soon arriving at a sound that's entirely singular and endlessly surprising.

In creating such a transportive body of work, June ultimately provides an utterly immersive listening experience with The Moon and Stars: Prescriptions for Dreamers, one that serves as a much-needed respite from the outside world. "I see these songs almost like matches for people to strike when they need to reignite that inner light and keep going when things feel dark," says June. "I hope it helps them to feel empowered, to realize their strength and their beauty and all the gifts they have to give. And I hope it also helps people to recognize the light in everyone around them, so that we can all connect with each other in a kinder and gentler and more loving way." 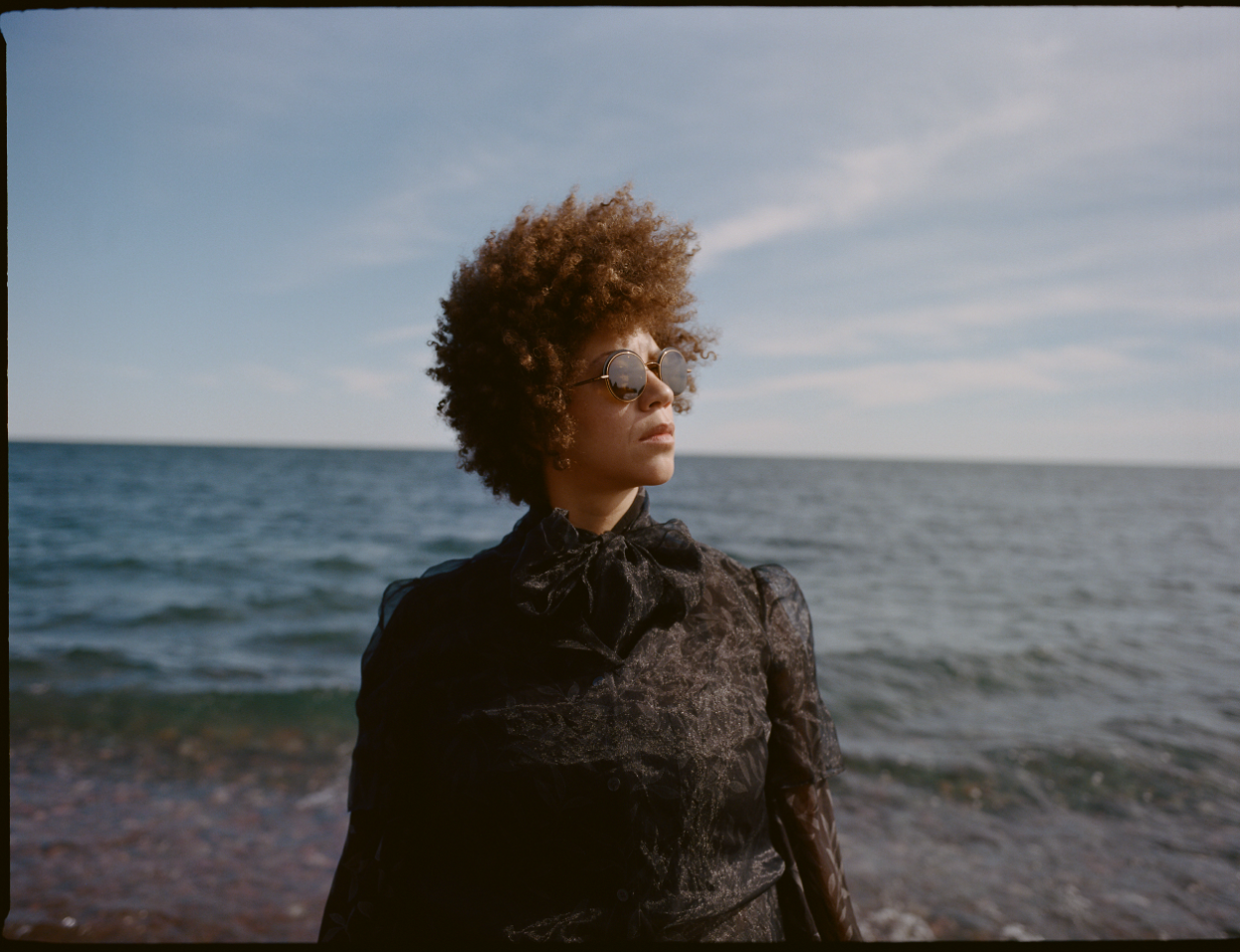 Based in Minnesota, but with roots in Tennessee, Chastity Brown grew up surrounded by country and soul music. In the full gospel church of her childhood, she played saxophone and drums and found her singing voice and a passion for music. Her first show was in Knoxville, TN, and then it was on to Minneapolis. Since then, she's been featured on NPR's "Favorite Sessions," CMT, American Songwriter, the London Times, Paste Magazine and others. Chastity has toured the U.S. and abroad, appearing on the U.K.'s Later…with Jools Holland.

"What I've realized is that the personal is political," Brown said in a recent interview. "Just by me being a biracial, half-black, half-white woman living in America right now is political. Just being a person of color, a queer woman of color, for that matter, is freaking political. My focus, as far as this record, I guess it's really been psychological. I'm really intrigued by the perseverance of the human spirit and the complexities and contradictions that we embody as human beings."

It was a chance encounter with a white supremacist that was the impetus for Chastity Brown's new single, "Mad Love." The bi-racial artist was confronted outside a club in Eau Claire, WI having a quick smoke before taking the stage where she was accosted, cussed out and verbally attacked by a person who'd read her interview in the local paper. Her guitarist, Robert Mulrennan, came out and to find Brown standing up for herself and holding her own. Shaking with adrenaline, fear and anger, Brown went and did the show and shared the story with the audience. She realized the best possible response to racism and hate is love -- including radical self love where, no matter how others choose to see you, you accept yourself.

With this incident in mind, Brown wrote "Mad Love" as an anthem for forgiveness and self-acceptance and as a statement of pride. Choosing love over hate, the Southern-born, Minneapolis-based songwriter refuses to see herself through the eyes of people who'd diminish her or judge her based on her skin color or sexual preference. It's a call to arms to step back from the fear and anger and respond with a tidal wave of positivity.

Brown recently made her Bonnaroo Music Festival debut, has toured extensively with Ani DiFranco and Andrea Gibson and had her most recent release, SILHOUETTE OF SIRENS, chosen as an NPR "First Listen." She's been featured extensively on MPR The Current. Melding folk, roots, and soul music with topical lyrics, her music seems especially timely.

"I think it's about different types of heartbreak, and how one deals with it," Brown says of her recent album Silhouette of Sirens. "And not the heartbreak of a coupled relationship; just living life, and the experiences that break your heart. There are these moments on the album where it's like, 'this is intense.' And then hopefully, there are moments where it's alleviated — as I feel like life is. Life is hard. Every tree, every plant, everything you see in the natural world, just through a growth process, you see how hard it is to grow and bend towards the light."